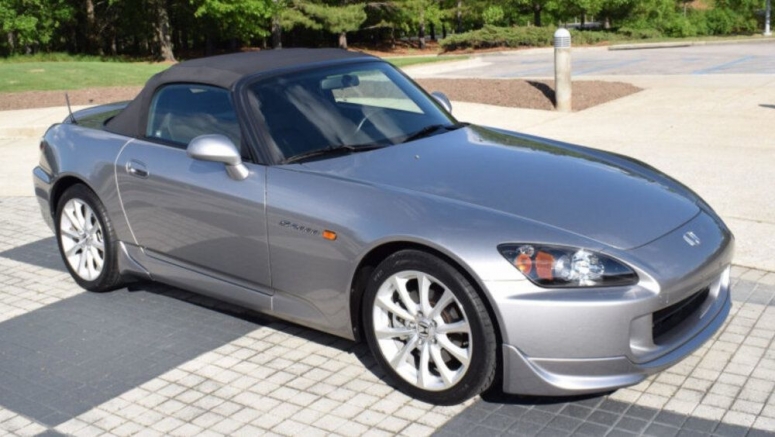 The Honda S2000 roadster has begun to catch fire with collectors, and this example currently up for auction on Bring a Trailer will only fan the flames. It has just over 1,000 miles on the odometer, making it effectively a new car.

This 2007-model S2000 is an AP2-generation car from the penultimate year of production. This one is Silverstone Metallic with a black leather interior and a black power top. The 2.2-liter F22C1 VTEC inline-four has an 8,000-rpm redline and makes 237 horsepower. It's backed by a six-speed stick shift and a Torsen limited-slip differential. The seller acquired the car from the original owner in Texas last year. Although this S2000 doesn't appear to have any immediate needs, the new owner may be happy to know that Honda has begun remanufacturing parts for the S2000.

Just last month, BaT sold another S2000, also with 1k miles, for $76,500 (plus 5% buyer's premium). That was a CR (Club Racer), which should be more valuable. The previous high-water-mark for S2000s on BaT was $70,000, set last year by an example with only 91 miles on the clock. As for this current car, after only one day of bidding, the price at this writing has already reached $31,000. In addition to a trailer, it looks like you'll need to bring a dump truck full of money to take this Honda home.