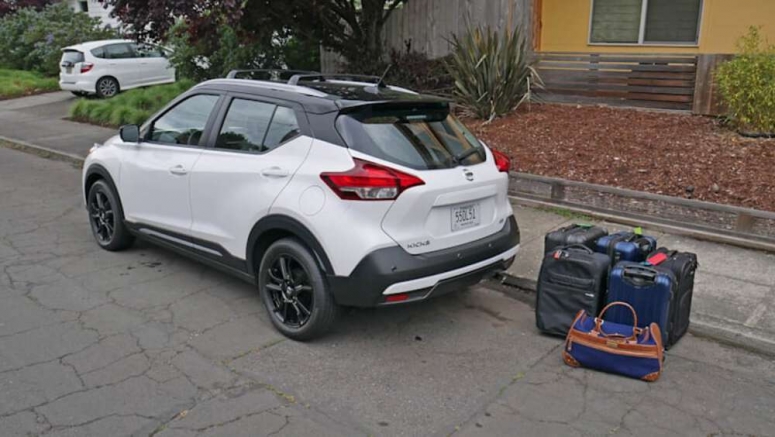 The 2020 Nissan Kicks is a refreshingly honest tool for people who know what they honestly need from a car. It doesn't have all-wheel drive, but you know what, most people don't really need it -- front-wheel drive and a useful extra bit of ground clearance will be just fine to access that campground, and if snow is in the forecast, snow tires will mean more than all-wheel-drive anyway. It doesn't have much power, but you know what, the Kicks is probably going to spend most of its life in traffic and the general urban grind, and in that setting, its engineers have made it feel surprisingly spritely. That it's reasonably quiet and comfortable on the highway should make that weekend trek to the campground sufficiently pleasant.

And what about all the stuff you'll be bringing to that campground? The Kicks may have comparable exterior dimensions to most subcompact SUVs, but it's packing a shocking amount of cargo room. On paper, it has 25.3 cubic feet of space, whereas nearly all its competitors are in the teens. Only the Honda HR-V comes close at 24.3. And as you're about to see, it lives up to that promise in person.

This space is low, wide, long and tall. It's the last dimension that's most striking, as there's noticeably far more space between the floor and rigid cargo cover than you'll find in all crossovers, never mind the subcompact gang the Kicks hangs with.

That would be the four biggest bags easily fitting. Normally in SUVs of all sizes, fitting those biggest bags on their side below the cargo cover is a struggle. Not so in the Kicks.

The cargo cover is a rigid, hatchback-style unit. It needs to be stored somewhere other than the Kicks when not in use. That somewhere will be my sidewalk for the duration of the test.

Removing the cover allowed me to simply plop the two smallest bags on top of the existing pile. They were still held in check by the upright back seat, preventing them from flying forward.

There's also some space left over on the sides behind the wheel wells for various items, and although you're unlikely to bring six airplane-intended suitcases camping, you get a good idea of just how much space you're working with here.

And should whatever you have not fit inside, Nissan offers these robust roof rail crossbars as an accessory. At $300, these are cheaper than those from Thule that can fit on the Kicks ($370 for similarly integrated aero bars, or $559 for a wider wing-style bars that extend beyond the rail). Yakima currently does not have racks that fit the Kicks, but even if they did, their rail bars likely would be more expensive. Nevertheless, the accessories from both companies as well as others should still be compatible with these nicely integrated Nissan units. In fact, some of Yakima's racks are listed in the Kicks' Build Your Own configurator on nissanusa.com.

One final note. Much of the Kicks' ample cargo space is the result of its extra-tall height. The side effect of that, however, is that you don't have a fully flat load floor when you lower the back seats. This could be a problem for some, so Nissan smartly sells a Level Load Floor accessory for $205. It's shown below left with the regular floor below right.

As a kicker, pun intended, the loaded SR you see here with the Premium package and roof bars is a very reasonable $23,720. Given the space you get, the Kicks delivers a lot of value for that money.