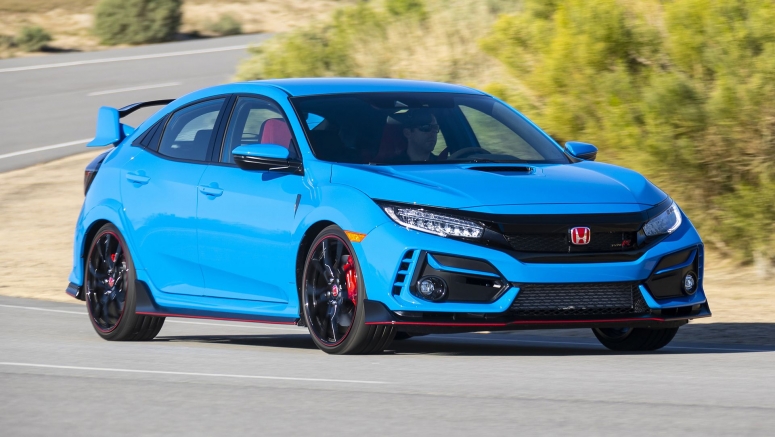 Cue up Semisonic, it's closing time for the current-generation Honda Civic. It sure had a good run, though, as it managed to get back all the mojo that had been lost with its underwhelming and barely competitive predecessor. Available in sedan, hatchback and now-discontinued coupe body styles, along with the Civic Si and Civic Type R performance models, Honda's definitive compact car returned to its status as a segment leader.

That's still the case for the 2021 Honda Civic despite the fact that it's about to be replaced. It remains spacious for the segment and boasts a clever, functional interior. The driving experience is refined with nicely balanced ride and handling, while the available turbocharged engine upgrade provides class-leading acceleration and fuel economy. There's also the matter of Honda's low ownership costs and high retained value. Now, the Civic does show its age with its frustrating infotainment and safety technologies, as well as its interior's materials quality and design (especially compared to the Mazda3 and Nissan Sentra). We also never warmed to the busy, vent-riddled styling (the Honda Insight hybrid manages to be much prettier despite sharing the same bones). Though we know very little about the next-generation Civic, we do expect these issues to be addressed.

What's new? More like what's gone. As Honda prepares for an all-new 11th-generation Civic to debut next year, it has trimmed the ranks for 2021. The Coupe is completely gone, foreshadowing the fact that it won't live to see the next generation. We'll miss it, but only 6% of Civic buyers chose one, so we're obviously in the minority. The Civic Si is also gone, but thankfully only for 2021. It will be replaced by a next-generation model, albeit as only a sedan and possibly a new hatchback version.

The Civic Type R, however, does continue for 2021 and will even offer a new Limited Edition model that lives up to its name with a mere 600-unit run. It gets a special Phoenix Yellow paint job, various black accents and 20-inch BBS forged-aluminum wheels, plus recalibrated steering and a significant 46 pounds of weight reduction (it also loses a bunch of standard features in the process from automatic emergency braking down to the rear windshield wiper).

The Honda Civic has a spacious interior that feels even more so thanks to a low dashboard and thin pillars. However, the design is starting to show its age, and its materials quality is lower than what you'll find in a Mazda3, Nissan Sentra or upper trim levels of the Toyota Corolla. The seats in normal Civics are also a bit on the flat side, but they do feature stylish upholstery and have a reasonable amount of cushion. The Type R (pictured below) has more aggressive front seat bolsters that hold you snugly, but aren't so firm that you feel pinched or poked.

All Civics get a digital display for the tachometer, speedometer and additional driving information, and the readouts are under deep cowls. Two types of infotainment systems are available. Low-trim models get a very basic system with a small screen and old-fashioned physical buttons and knobs for navigating through different functions. It does feature Bluetooth, a USB port and a media player interface, but is not compatible with Apple CarPlay or Android Auto. The second version comes with a 7-inch touchscreen, which is sluggish and not user friendly. We're not alone in our dislike for it, either, as owners have been hammering it for years in surveys. The good news is that it does include Apple CarPlay and Android Auto, which are both much easier to use than the Honda software.

Inside, you'll find the Civic offers more passenger and cargo space than most. In fact, it challenges some midsize cars. Leg- and headroom up front are exceptional, while folks of all sizes should be able to fit comfortably in the back (though its low seat somewhat hampers comfort).

Storage of small items is superb thanks to a clever center console that features a deep bin, a sliding cupholder unit and a large, grippy area for smartphones. For large items, both the sedan and hatchback provide best-in-class cargo room with the rear seats up. That said, the hatchback is atypical (pictured below right), as its cargo area is much deeper and trunk-like than a Volkswagen Golf, for instance, but it's not as tall, restricting its usefulness for especially bulky items. We think it'll be an acceptable trade-off for most.

The Honda Civic sedan in LX and Sport trims get a naturally aspirated 2.0-liter inline-four making 158 horsepower and 138 pound-feet of torque. It's paired with either a six-speed manual transmission or a continuously variable automatic (CVT). Those numbers are on par with a number of compact cars, including the Hyundai Elantra and Subaru Impreza. It's not a particularly exciting engine, but it is extremely smooth and refined. Despite packing the least power, the 2.0-liter Civics are not the most efficient. The manual versions get 29 mpg in combined driving, the Sport CVT gets 32 mpg and the LX CVT gets 33 mpg.

The most-efficient Civics are those with the 1.5-liter turbocharged four-cylinder that produces 174 hp and 162 lb-ft (the Sport hatchback produces a little more at 180 hp and 177 lb-ft). In the sedan, it gets 36 mpg in combined driving. The equivalent hatch gets 34 mpg. Note that fuel economy dips a little lower in the Touring trim levels and manual-equipped Sports.

The Honda Civic Si is shelved for 2021, leaving the pricier, more hardcore Civic Type R as the performance upgrade. It gets a turbocharged 2.0-liter engine that makes 306 horsepower and 295 pound-feet of torque. Its fuel economy falls to 25 mpg combined.