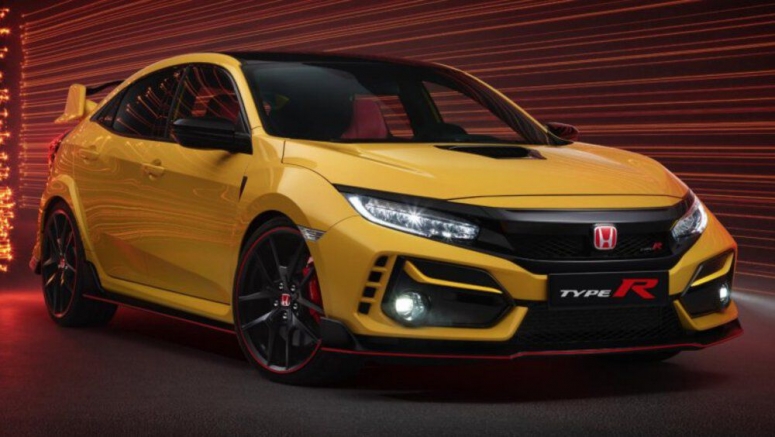 These wheels aren't just for style, though, they're part of a diet on which Honda put the Limited Edition. They save a total of 18 pounds over the standard wheels. On top of that, Honda removed sound deadening from all around the car including the roof, dashboard and spare tire cover. The rear wiper, cargo cover and rear heater ducts are also removed. It all adds up to an extra 28 pounds removed from the body. In total, the Limited Edition weighs just under 69 pounds less than the standard Type R. In Europe, the Limited Edition will come standard without air conditioning or an infotainment system for a total weight savings of just under 104 pounds.

Both air conditioning and infotainment remain standard on the U.S. model, as does the full range of Honda Sensing safety features such as automatic emergency braking and adaptive cruise control. And like the 2020 Civic Type R, it gets the new LogR data-logging system. Besides weight savings, the Limited Edition gets slightly retuned shocks and steering.

While these changes are relatively mild, Honda says that the Civic Type R Limited Edition is notably quicker than the regular Type R. We asked one of Honda's technical consultants and the Civic Type R's project leader, and neither of them would give specific numbers yet. They did say that Honda will bring the Limited Edition car to the Nurburgring for testing. They also mentioned that the testing would mostly be to see how much faster it is than the regular car, not necessarily to set a new record. Still, if a record is set, they'll be happy to talk about that.

The Type R Limited Edition will be available this summer. There is no special way to order one, so consider talking to your local dealer sooner than later to try and secure one. Pricing has not yet been set, and it will probably be announced closer to the on-sale date.