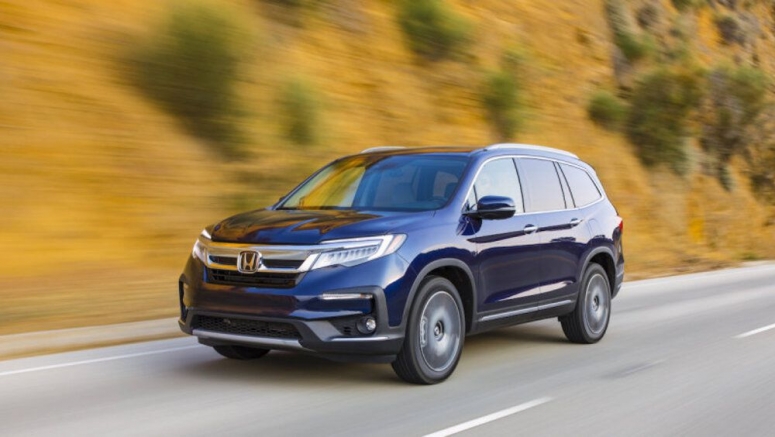 Honda is adding a few updates to its Pilot three-row crossover for 2021 that include introducing a new mid-level trim designation, making the nine-speed automatic transmission that was previously available on higher trim levels standard across the range, and giving the family hauler a $725 price increase. The entry-level LX now starts at $33,370, including the $1,120 destination fee. All-wheel-drive versions of each trim, which feature Honda's torque vectoring system, remain a $2,000 option, as before.

The new trim level is called Special Edition, or SE as it will appear on the liftgate badge. It builds on the EX-L grade, which adds features that include leather seats, second-row sunshades, a power liftgate and sunroof. Step up to the SE and you get 20-inch black wheels and trim like roof rails, grille, and front and rear skid garnishes. The only actual equipment upgrade is wireless phone charging. The SE grade is positioned exactly midpoint in the Pilot trim spectrum and starts at $40,080, including destination, for front-wheel-drive versions and $42,080 all-inclusive for all-wheel drive.

Elsewhere, the nine-speed automatic transmission that previously featured only on the Touring and above models goes standard, ditching the previous six-speed automatic that featured on lower trims (and that was usually found to be the superior transmission). Also going standard across the range is automatic stop/start and dual-zone automatic climate control. Honda is also rolling out a new Platinum White Pearl paint option for the top-of-the-line blacked-out Black Edition it unveiled for 2020. The Honda Sensing safety-technology package remains standard as well.

The 2021 Honda Pilot is now on sale at dealerships.