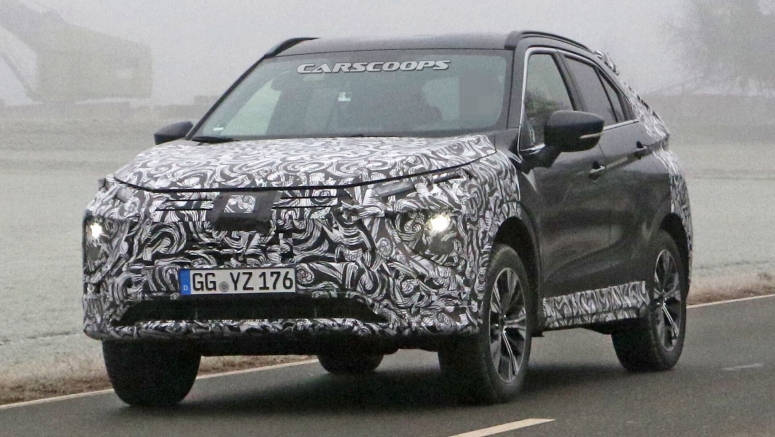 The Mitsubishi Eclipse Cross is in for its first mid-cycle refresh and our spy photographers snapped a prototype with the front and rear ends all covered up.

Set to replace the outgoing iteration, which has been in production since the end of 2017, the compact crossover that slots between the ASX (Outlander Sport in North America) and Outlander will bring revised styling believed to include a front end similar to the facelifted L200 pickup.

The slender headlamps will flank a refreshed grille and will sit above new fog lamps. The bumper appears to look less striking and the camo’d side skirts suggest that Mitsubishi’s designers have likely tweaked them.

At the back, the facelifted Eclipse Cross has lost the Toyota C-HR-like split window, or so it seems at a first glance, as the tailgate has a cleaner design. The rear lamps are all-new and so is the bumper, while the roof wing seems bigger now.

We should expect some relatively minor technological updates inside, with the company probably updating the software of the 7-inch infotainment system. Everything could be wrapped up in new upholstery options.

The engines will supposedly carry over, with North America getting the same 1.5-liter gasoline burner, developing 152 horsepower. The Euro-spec will soldier on with the 1.5-liter petrol and 143 HP (145 PS) 2.2-liter diesel, possibly updated to become less polluting. The facelifted Eclipse Cross is likely due later this year.