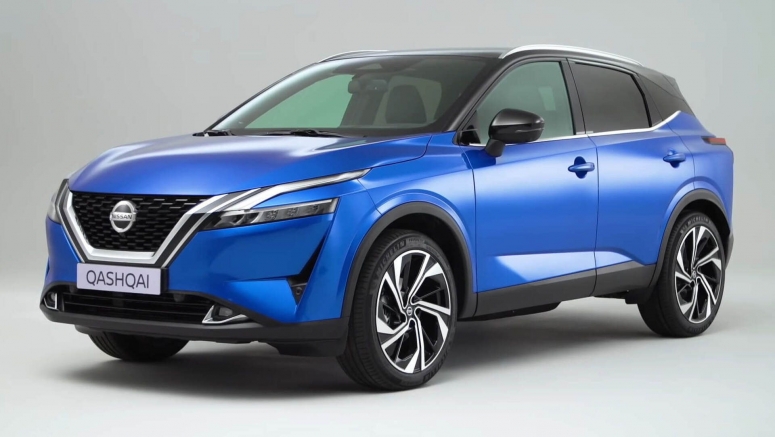 The Nissan Qashqai, which previews North America's upcoming Rogue Sport, has been revamped for the 2021MY, with significant improvements in every aspect compared to its popular predecessor.

Designed from the ground up and based on the CMF-C platform, it sports a bigger overall footprint and a longer wheelbase, wide-opening rear doors, decent headroom for backseat occupants even with the optional panoramic sunroof, and generous legroom.

Moreover, the new Qashqai feels more spacious at the front, and that is no coincidence, as Nissan has improved the shoulder- and knee room. Things such as the rear air vents, electric tailgate and front seats with massaging function are new to the range, and going for the top-of-the-line trim level, such as the one detailed on video by AutoTrader, will also get you Nappa leather upholstery.

See Also: Nissan Has Used Over 2 Miles Of Camouflage To Disguise Their Vehicles In The Past Year

It also features a 12.3-inch digital instrument cluster, 9-inch touchscreen infotainment system, wireless pad with fast-charging for smartphones and 10.8-inch head-up display, which Nissan claims is the biggest in the segment. Thanks to the clever packaging, the boot space is also the biggest than on any of its rivals, according to the automaker.

The 2021 Qashqai features the ProPilot semi-autonomous driving function, in addition to a whole bunch of safety gear, though it is only available for models equipped with the Xtronic CVT. These include the 138 HP and 156 HP versions of the 1.3-liter DiG-T mild-hybrid, which are also offered with a six-speed manual transmission. The AWD system is limited to the higher output variant, but only in combination with the CVT.

A self-charging hybrid that combines a 1.5-liter petrol engine, which acts as a generator, with an electric motor, a power generator and an inverter, with a total output of 187 HP is also available.