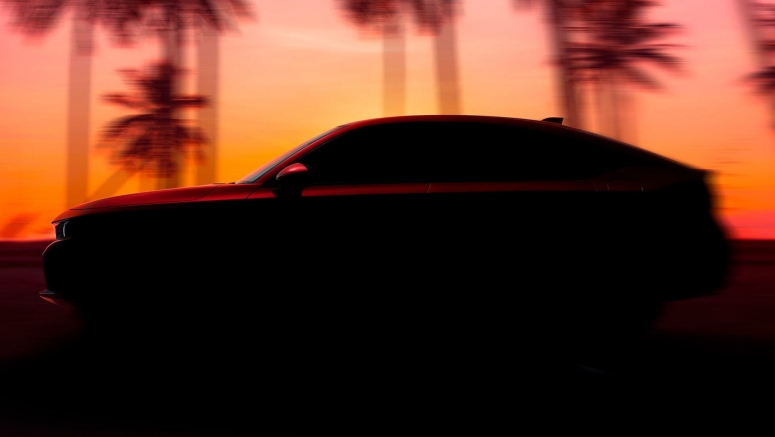 Honda has released three teaser images for the 2022 Civic Hatchback before its unveiling on June 23 at 6 p.m. PDT during the Civic Tour ‘Remix' virtual concert on YouTube.

These teasers don’t provide us with a good look at the rear end of the Civic Hatchback but we can see that it will feature different taillights than the sedan.

Honda has confirmed that the new Civic Hatch will be built at the company’s Greensburg, Indiana factory, representing the first time the Civic Hatch has been built in the U.S. Meanwhile, the 2022 Civic sedan is being built at Honda’s plant in Alliston, Ontario, Canada.

The hatchback should be offered with the same array of engines as the sedan. As such, there will be an entry-level 2.0-liter naturally-aspirated four-cylinder rated at 158 hp and 138 lb-ft of torque, as well as a 1.5-liter turbocharged four-cylinder with 180 hp and 177 lb-ft. Both these engines come standard with a CVT but Honda has confirmed the new Civic hatch will be available with a six-speed manual transmission, presumably offered exclusively in the new Civic Type R.