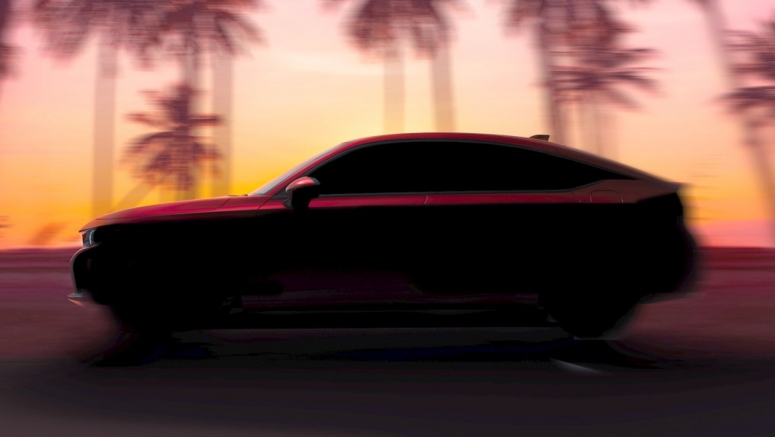 With the 2022 Honda Civic sedan fully revealed, only one body style is left: the hatchback. And we'll finally get to see it (well, officially) on June 23. The reveal will happen at 9 p.m. Eastern time during a concert, and you can watch it all at this link.

Until then, Honda has provided the above teaser, as well as a tidbit of information that will make enthusiasts very happy: It's getting a manual transmission. Honda didn't say which engines will be available, and which ones will get that transmission. But based on the current hatchback, we would guess that only the turbo engine would be offered, and thus be the only engine with the manual. In the sedan, the turbo 1.5-liter engine makes 180 horsepower and 177 pound-feet of torque.

Honda also confirmed that the hatchback will be built in the United States instead of the U.K. Specifically, it will be built at Honda's factory in Greensburg, Ind.