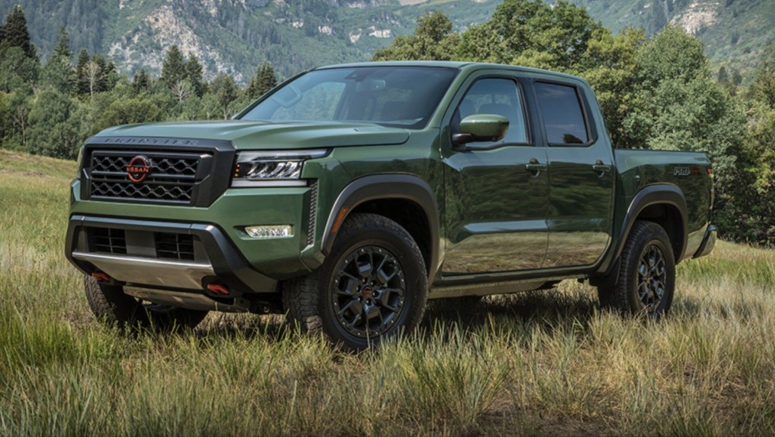 The 2022 Nissan Frontier represents the first redesign of Nissan's midsize pickup in many years. Although it still shares some bones with its predecessor, the changes are substantial enough that it's finally a serious competitor again. It features updated styling, a much higher-quality interior and a refined, powerful engine and transmission. It's not perfect, but nothing in the segment is, and it has a number of highlights that could make it the perfect truck for your particular needs.

Specifically, the Frontier is a really good driver's truck. It has a quality and stylish interior that's comfortable with great visibility. It has a remarkably smooth and powerful V6 with a similarly slick transmission. It also offers impressive handling with steering that would make some sporty cars jealous. These aspects add up to a truck that trades some maximum capability (space, towing and payload) for a more enjoyable daily drive. If that sounds good to you, the Frontier needs to be near the top of your shopping list.

The Nissan Frontier is nearly all new for 2022. The engine and transmission are carry-over from the 2021 model year, and it's built on a significantly updated version of the old Frontier platform.

This is one of the areas where the Nissan Frontier shines. Most of the competition has drab or cheap feeling interiors, and the Frontier manages to dodge both pitfalls. It has a chunky, squared-off dashboard to match its rugged exterior, and the plastics are impressively high-quality and tight fitting. The Pro-X and Pro-4X models also add nice red stitching, embroidered logos and leather-wrapped steering wheel and shifter. On top of all that, all Frontiers come with highly comfortable seats that offer plenty of support. Visibility is superb, too, with tall windows and low sills.

All Frontiers also get at least an 8-inch touchscreen infotainment display, with a 9-inch unit on higher trims. They all use the same interface, which has minimal menus and large icons that make it easy to navigate, plus Apple CarPlay and Android Auto are standard. Both screens are bright, clear and responsive. We're also very pleased that climate and stereo functions are easy to use with traditional buttons and knobs.

On the outside, the Frontier is pretty much the smallest truck in the midsize segment. Lengthwise, it has the shortest wheelbase and overall length (even when comparing crew cab/long bed configurations), and it's the narrowest. Its overall height is in the middle compared with other midsize trucks.

Speaking of cab and bed options, the Frontier can be had in either an extended cab (King Cab) or a full four-door crew cab. The King Cab comes only with the longer bed option (72.7 inches), but the crew cab can have either the short (59.5 inches) or long bed choices. The combination of crew cab and long bed is a feature only shared with the Toyota Tacoma and GM’s Colorado/Canyon twins

Inside, the Frontier is on the smaller side of the spectrum, which is understandable considering its smaller exterior dimensions. By the numbers, it's an inch or two smaller than most, though head room and shoulder room are pretty solid. Legroom is really where things are on the tight side. The front occupants should feel fairly comfortable, though knee room is a little snug. Adults can fit in the rear seats of the crew cab and be comfortable for short jaunts, but the lack of leg room will make them uncomfortable on long trips. The upright seat back doesn't help, either. The extended cab's rear seats are only suitable for some pets or friends who are really small (or really need to get somewhere).

The new Frontier offers only one powertrain: a naturally aspirated 3.8-liter V6 paired with a nine-speed automatic transmission. Output is 310 horsepower and 281 pound-feet of torque, making it just barely the most powerful engine in the segment. It has the second-most torque behind the Ford Ranger. As usual, there's a choice of rear-wheel drive or four-wheel drive.

Unsurprisingly, the more frugal of the two options is the rear-drive Frontier. It gets 18 mpg in the city, 24 mpg highway, and 20 mpg combined. Four-wheel drive brings the numbers down to 17/22/19. That puts it on par with some key competitors such as the Toyota Tacoma and Jeep Gladiator, but a bit behind most versions of the Ford Ranger and Chevy Colorado.

As for carrying stuff, the Frontier has towing and payload capacities at the back of the pack. Towing is the worst in segment at 6,720 pounds maximum. Payload is second worst at 1,610 pounds (Chevy Colorado is lower).

This is the other highlight for the Frontier. The V6 offers solid acceleration, but what's really impressive is how smooth it is. Even though it revs a bit high to deliver the power, it never sounds strained, and what sound you hear is at low volume. The nine-speed transmission is also seamless when not working hard, though a bit of sluggishness and roughness shows up if you push it.

It's only slightly disappointing since the Frontier is a pretty good handler. The steering is an old-school hydraulic assist system that delivers feedback that's seemingly vanished from most modern vehicles of all segments. Body roll is mild and the truck feels stable. The ride is even smooth, though still a bit truck-like, including on rough dirt roads.

The small size and excellent visibility means the Frontier is easily placed in tighter spaces. Just be prepared for a bit more effort than usual in doing so, as the steering is a bit heavy.

Our first time behind the wheel of the thoroughly redesigned Frontier, and we're pleased with the results

The Frontier, since it has only the V6 engine option, starts a bit higher than the competition at $29,015. That's for the base, two-wheel-drive, King Cab S model. Despite the bare-bones look and trim, it's reasonably well-equipped. It of course has the peppy engine, but it also has modern convenience features including remote locking with push-button start, an 8-inch infotainment touch creen with Apple CarPlay and Android Auto. A crew cab will add $1,500, four-wheel drive adds $2,700, and the combination of the two adds $4,500.

You can find the starting prices for all the trim levels below, as well as a full breakdown of the 2022 Frontier's features, specs and local pricing here on Autoblog.

The 2022 Nissan Frontier has not been crash tested by a third party at the time of writing.