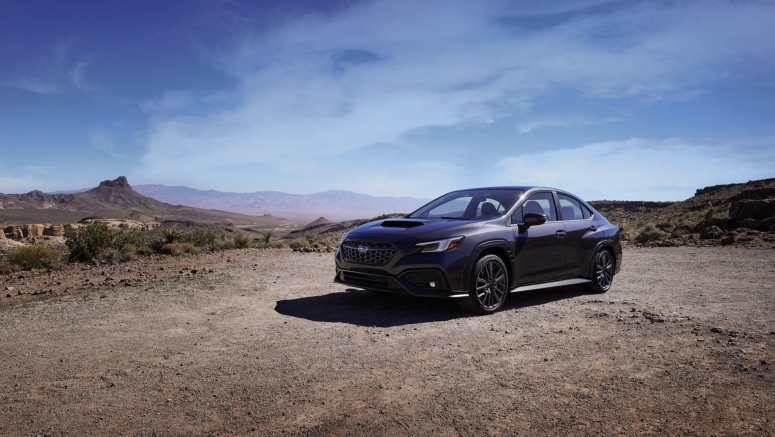 WRX fans can exhale. The freshly unveiled 2022 Subaru WRX indicates the development team has not lost sight of what makes this car special. The designers did not imbue the thing with an outrageous grille or superfluous appendages to stimulate social conversations and generate shares. The new, fifth-generation WRX is sure to garner likes much as it always has, but now with a bigger 2.4-liter turbo boxer-four engine, a substantially improved chassis, vastly improved infotainment and a new outrageous color they call Solar Orange Pearl.

It would have been easy to hate the new shape if they had precisely followed the somewhat awkward contours of the 2022 Subaru Impreza sedan when they updated the new "Rex" to the Subaru Global Platform. But the WRX is far more pleasing because the nose and headlights are tidier, and its front fascia features familiar fog-light jowls at the corners. In back, the rear fenders, roof, doors and "magma" taillights flow together in a more cohesive way, and the fender stampings themselves have been resculpted to produce a haunchy, widebody stance that suits the car well.

Perhaps the most controversial new design element is the use of generous molded cladding along the side spats and the wheel-arch surrounds. The plastic’s specific texture is said to have a beneficial effect on aerodynamics because it prevents airflow separation that can add drag. That benefit seems minutely theoretical to us, but it’ll still be useful for hiding unsightly stone-chip damage if an owner invariably rallies theirs around in the dirt. This seems wholly appropriate considering the WRX’s rally heritage, even if the treatment does create a mildly clunky rear three-quarter view and make the orange one appear to be the Official Car of Halloween.

Much of this is beside the point to the WRX faithful, who hanker for an affordable, well-balanced all-wheel-drive sports sedan with a turbocharged boxer engine and, preferably, a manual transmission. This last point is surprisingly important to the WRX, because Subaru representatives told us that over 75% of the outgoing model was sold with the six-speed manual gearbox. Well, the manual is back as before, and it is once again the standard offering in the Base, Premium and Limited Trims. This car is highly favored among the save-the-manuals crowd, and will remain so in the future.

Despite this, Subaru seems intent on improving the performance and appeal of the optional CVT. Our hosts went out of their way to characterize the "Subaru Performance Transmission" (SPT) as an automatic transmission, which is fair enough because a CVT is a variety of automatic. But this is indeed a CVT, albeit a high-functioning one with a simulated eight-speed manual mode that can fire off crisp shifts so much quicker than last year that it comes across as a dual-clutch transmission. The SPT comes with a supplemental oil cooler when optioned in the Premium and Limited trims, and it is the sole offering in the new top-level GT trim. That’s top-level, for now, because they’re not talking about a new STI just yet.