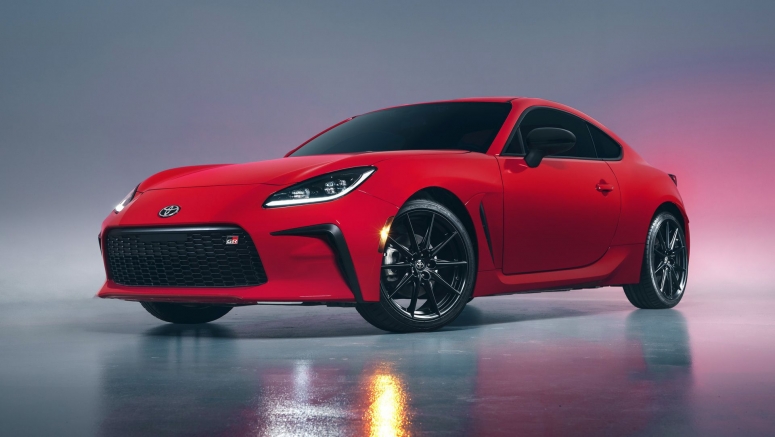 The 2022 Toyota GR 86 had its North American debut this week, giving us a few more details and specifications. Usually, it would be months before we get a chance to experience it in motion, but we had the opportunity to take a lap of Eagles Canyon Raceway. We weren't behind the wheel, unfortunately, but at least the ride was with professional drifter Ken Gushi at the helm.

Gushi talked us through some aspects of the GR 86, and one of the first things he mentioned was the exhaust note. He said it's higher-pitched than before. We noticed that it also sounds louder and crisper than the somewhat muted and mumbling exhaust of the current model. It wasn't obnoxiously loud, fortunately, though we'll have to wait until we get a test car to see how it is at cruising speeds on the highway.

Gushi next mentioned the greater torque available at a much lower peak. It makes 185 pound-feet at 3,700 rpm, as opposed to 156 at 6,600 rpm. From the passenger seat, it's hard to gauge just how much quicker it feels, but it certainly didn't seem to have the same frustrating flat torque spot that kills the acceleration halfway up the rev band. And really, that's been one of the biggest complaints we've had about the old 86, so that's a good thing. And of course, as has already been mentioned, the car makes more horsepower (228 ponies instead of 205), so it has a bit more grunt at the top end, too, albeit not enough to clearly notice from the passenger seat.