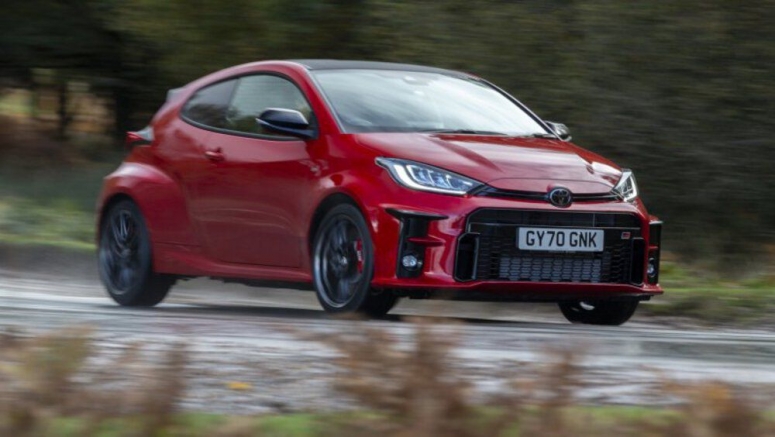 In early 2020, Toyota suggested it's cooking a spicier version of the Corolla. We haven't seen it yet, but an unverified report claims that the hot hatch will eschew the hybrid technology the Japanese firm is known for.

While some rumors claimed the model — which might wear the GR Corolla nameplate — would receive a high-performance gasoline-electric drivetrain, anonymous sources familiar with Toyota's plans told British magazine Autocar that electrification isn't on the table. Instead, the publication believes power will come from a 1.6-liter three-cylinder engine shared with the GR Yaris (pictured) and turbocharged to approximately 261 horsepower.

Where following the driveline will lead to remains up in the air. One possibility is that the GR Corolla will receive a permanent all-wheel-drive system with a rear bias. Autocar adds that limited-slip differentials could be on the menu, too. If that's the case, the hot hatch will land with about 20 more horses than the front-wheel-drive 2022 Volkswagen Golf GTI but with a drivetrain configuration aligned with the 315-horse 2022 Golf R's.

Alternatively, Toyota could choose to leave the rear axle in the parts bin and channel the full cavalry to the front wheels. In this scenario, the GR Corolla will neatly fill the gap between the GTI and the Hyundai Veloster N.

Chassis upgrades, visual tweaks, and a sportier interior will be part of the transformation, too. We expect the GR will be based on the four-door hatchback available globally, not on the four-door sedan sold primarily in America.

Enthusiasts will need to be patient, because we might not see the GR Corolla until 2023 at the earliest. When it lands, it will be sold alongside the Supra and the next-generation 86, which will be closely related to the second-generation Subaru BRZ unveiled in late 2020. Across the pond, it will also be positioned as a bigger and more expensive alternative to the aforementioned GR Yaris, which is a true homologation special built for rallying.