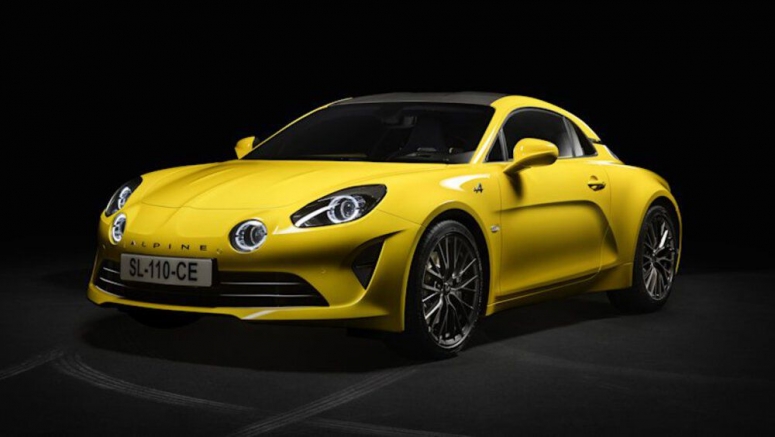 Renault's Alpine brand is launching a more luxurious version of its sleek A110 sports car as it looks to branch out from its core French market. Alpine's latest version of the A110 is the Légende GT, pictured in silver in the image gallery above. The GT model gets a bespoke interior that looks to be more luxurious and premium than other Alpine models. A new exhaust system and Brembo brake package join an improved audio system, backup camera and parking sensors, and a matching three-piece leather luggage set rounds out the package.

Alpine is also showing off the A110 Color Edition 2020. As you can see from the gallery, searing Sunflower Yellow paint is the headline feature. Alpine says it will release a new Color Edition every year. And finally, the brand's new Atelier Alpine personalization program allows future owners to further customize their vehicles.

The brand is looking to push into the likes of Germany, the United Kingdom and Switzerland and beyond France, where it made two-thirds of its sales last year.

"We intend to broaden the customer base," Marinoff said. "We will focus more on people who are looking for a certain lifestyle, for the refinement that a Grand Tourer can deliver."

The Renault group, which also makes budget Dacia cars, revived the Alpine brand and its two-seater models in 2017, updating a classic design which hit a peak in the 1960s and 70s.

But the French company is struggling with slumping demand in emerging markets and outlined cost cuts in February to try to turn around a decline in operating margins.

Pricier models like the Alpine could help improve the group's profitability and growth in the longer run as the brand goes even more upmarket and plans more launches, Alpine Chief Executive Patrick Marinoff told Reuters.

"If you look at profit potential in the future, Alpine is the tool and the weapon for Groupe Renault to harvest that potential," he said in a telephone interview to replace an event planned for this week's Geneva Motor Show, which has been cancelled due to the coronavirus epidemic.

In the short term, Alpine is bracing for stalling growth after the hype of its first launches dies down. Sales of the vehicle — which is produced in the northern French town of Dieppe and includes a motor from Renault's alliance partner Nissan — doubled to 4,835 in 2019.

"Looking at our numbers, we do not expect growth (this year)," said Marinoff, a former executive from high-end German brand Daimler.

(Reuters contributed to this report.)