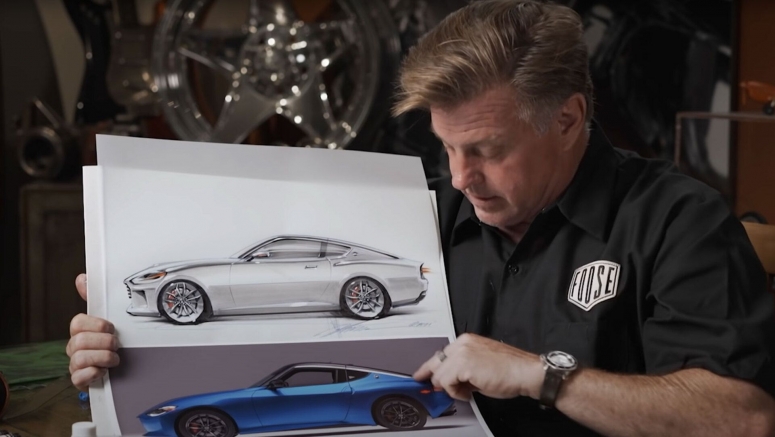 Most people seem to agree that Nissan has done an excellent job with the design of the new Z but by making some minor changes, Chip Foose thinks he can make it look even better.

Rather than retaining styling cues from the outgoing 370Z on which the 2023 Z is based, Nissan’s designers went on a trip down memory lane and took design inspiration from the original Datsun 240Z, 260Z, and 280Z. We think the decision to modernize an old design has worked brilliantly for Nissan, particularly when you look at the current Toyota Supra and realize that it has very little in common with its forebears.

In updating the design of the 2023 Z, Foose kept things quite true to how the car currently looks and on first impressions, you may wonder just what changes he has made. Look a little closer and the first thing you’ll notice is that the designer has tweaked the proportions of the Z, meaning it is now a little longer and has an elongated wheelbase. This is particularly evident with the length of the new rear overhang.

Elsewhere, Foose has altered the headlights of the Z, making them slightly larger and more similar to those of the original car. He also made a series of other small changes, including the fitment of more traditional door handles and a pronounced shoulder line that stretches back from the headlights.