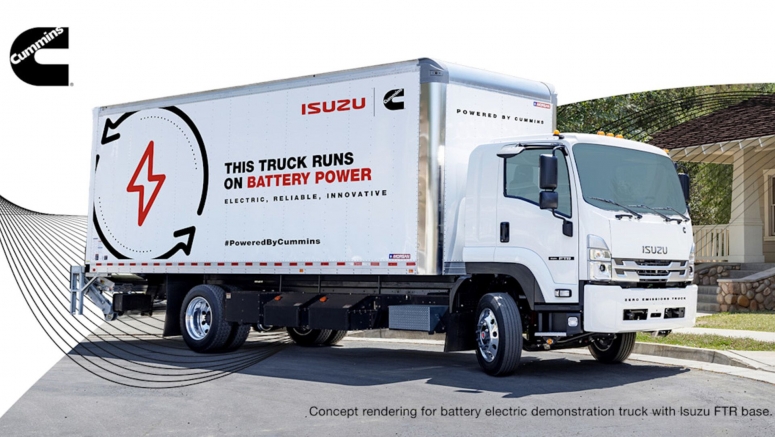 Cummins, the company known best for its diesel engines, just announced a partnership with Isuzu to "create a prototype medium-duty, battery electric truck" for North America.

Exploration of electric powertrains isn't totally new for Cummins, as it's talked about a transition to electric since 2017. In fact, Cummins even revealed a battery-powered truck back then, too. This electric truck with Isuzu is new, though, and it's going to put the Cummins PowerDrive6000 powertrain into Isuzu's F-Series truck that you can see in the photo above.

Cummins does not detail specs for its PowerDrive6000, but we’ve seen the drive unit used in a hybrid concept from Cummins previously. It provided 50 miles of electric range when the battery pack in that truck was full, but with this being a full battery electric vehicle, we suspect that Cummins and Isuzu are using a much larger battery pack for more range. We don’t have any vital specs like range or power, but we suspect those will come at a later date.

"We are excited to be working with Isuzu to accelerate decarbonization within the partnership," said Amy Davis, Vice President and President of New Power at Cummins. "It’s through our joint commitment in innovation that we provide our customers with safe, reliable zero-emissions solutions."