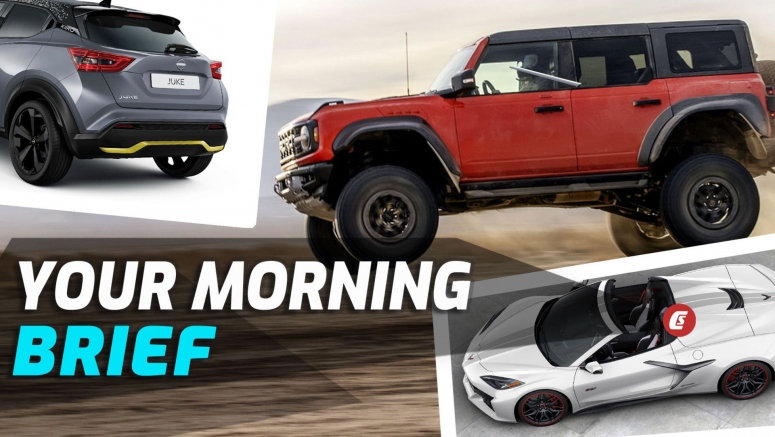 Volkswagen Settles With Ohio For $3.5 Million Over Emissions Tampering

Volkswagen has settled with the state of Ohio after the carmaker’s argument that the Clean Air Act meant only the federal government could pursue emissions claims was rejected. The $3.5 million the company settled for is, however, a fraction of what the state had initially sought, which could have been as much as $350 million per day.

The most powerful Bronco on offer isn’t just about going fast — although if you’re acquainted with the Raptor range, that probably doesn’t come as a surprise. The extreme version of the Bronco features a host of upgrades, including 37-inch tires, Fox shocks, chassis strengthening, and a wider body, all inspired by a love of dune bashing and rock crawling. Dunes won’t be the only thing being hit, though, with wallets prepared to take a battering as the 2022 Bronco Raptor starts at $68,500.

The Corvette is now the longest-running nameplate of any car on the road today. To celebrate, Chevrolet is offering the 2023 Corvette Stingray and Corvette Z06 with a special 70th-anniversary package. The anniversary edition cars will feature unique wheels, special badging, Edge Red brake calipers, and two-tone competition sports seats, among other aspects. Chevrolet will also throw in a custom luggage set that features red stitching and a 70th Anniversary Edition logo.

After Subaru, Kia Is The Latest Automaker To Disable Tech In Massachusetts Over Right-To-Repair Issues

Kia has disabled its proprietary telematics system on vehicles sold in Massachusetts to comply with the state’s stringent right-to-repair laws. It follows Subaru, who similarly disabled their Starlink telematics system on Massachusetts-bound vehicles. Right to repair laws require that data used by the system is open to anyone, which Kia argues can not be done. However, lobbyist group AAI claims the deactivation merely evades the law.

The much-anticipated Alfa Romeo Tonale will debut via a digital event entitled "La Metamorphosis," in reference to the transformation of the Italian automaker towards its EV future. The event is scheduled to be held on February 8, at 15:00 CET. The first examples of Alfa Romeo’s new SUV model will likely be delivered in summer 2022.

It’s not exactly a batmobile, but a partnership between Nissan and the upcoming "The Batman" movie has resulted in this: a limited edition Juke for the UK market. Dubbed the "Kiiro," the car is finished in a Ceramic Grey with a black-painted roof and mirrors featuring white graphics. There are yellow accents on the bumpers and side sills, while the interior gets similar treatment.

Movie stars are far from immune to car crashes, as Arnold Schwarzenegger found out when his GMC Yukon mounted a Toyota Prius close to his home. Images show that the actor’s Yukon hit the Prius head-on and actually drove onto the Toyota’s hood before coming to a rest. Schwarzenegger was not injured, but it is understood that the female driving the Prius suffered a cut to her head.

100 Monkeys Accounted For After Crash

Crash Update: All monkeys have been accounted for.

A collision between a truck and trailer carrying 100 monkeys left authorities looking for some escapees Saturday night. It occurred on SR 54 at I-80 in Montour County, Pennsylvania. By night, two Pennsylvania State Police (PSP) troopers, Andrea Pelachick and Lauren Lesher tweeted, "All monkeys have been accounted for."

In a way aren’t we all just robot vacuum cleaners trying to escape from the Cambridge Travelodge of life https://t.co/LBsS20JDrE

A robotic vacuum cleaner made a daring break for freedom from a hotel in the UK. Reports say it didn’t stop at the front door of the hotel and continued to remain on the loose the next day. The getaway was not noticed for 15 minutes, and by the time it had been clocked, the robot couldn’t be found, reports the BBC.