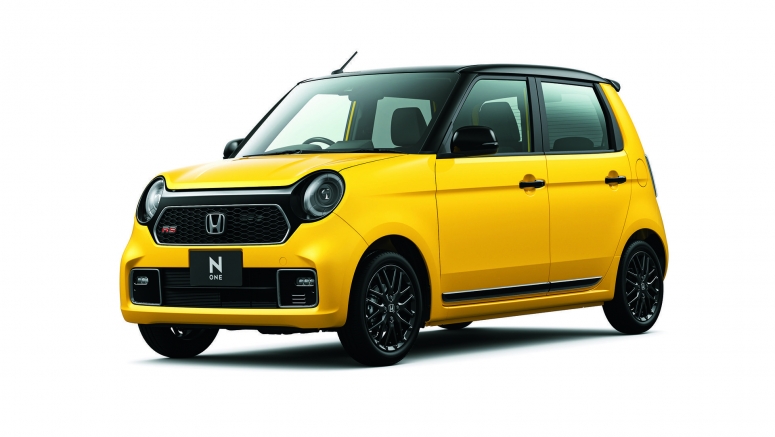 The Japan-only N-One kei car has been a favorite among Honda enthusiasts since its debut in 2012. Mostly, that was due to its lovable styling — which was inspired by the 1967 N360 and the N600, its U.S. market variant — even though its was only available with a 3-cylinder mated to a CVT. Now, after eight years, Honda has announced an all-new N-One and given it a 6-speed manual transmission option.

It's a supremely rare move in the automotive world these days. Manual transmissions are hanging on by a thread, and automakers are taking them away these days rather than adding them to a new generation that didn't offer one before. Honda says it did so as a direct response to customer demands. So hey, maybe internet comments do make a difference!

Furthermore, the N-One comes with the Honda Sensing suite of driver-assist tech, which means the manual transmission can be used in conjunction with adaptive cruise control and lane-keeping assist. Honda notes, however, that the low-speed follow function, for use in traffic jams, will not work with a manual.

There are three trim levels: Original, Premium Tourer, and the RS. The 6-speed is offered exclusively on the in the RS, powered by a 3-cylinder turbo making 63 horsepower (the upper limit allowed by kei car regulations). A naturally aspirated version with 57 hp mated to a CVT is also available.

As hard-core Hondaheads will know, the RS badge has long been a performance marker for cars such as the first-generation Civic and the Fit RS, historically offered in bright orange. As a nod to this history, the N-One RS offers a thin orange outline around the manual shifter's bezel, lower steering wheel spoke, and seats.

The rest of the N-One, like all kei cars, is a study in space maximization. Even though it has a small footprint for Japan's narrow city streets, the cars never trigger claustrophobia. Like Honda's previous N-series cars, the company will probably offer countless personalization options once it rolls out. Prices start at the equivalent of $14,000 USD for the base model, which returns 54 mpg on the WLTC. Sadly, it'll never come to the U.S.