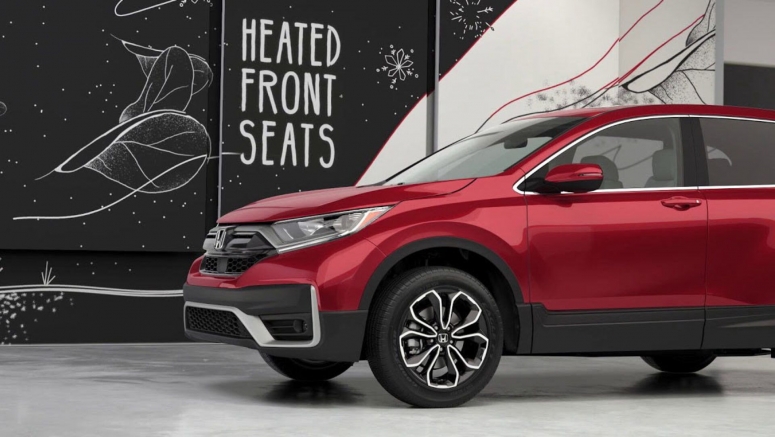 In these videos, you’ll hear Honda say that the CR-V is a better value proposition than the Toyota RAV4, Nissan Rogue and Subaru Forester.

Against the Toyota, Honda argues that the CR-V EX spec is a better buy than the RAV4 XLE, with more room inside for both passengers and cargo, as well as premium standard features such as a moonroof, heated front seats and Remote Engine Start tech – all for $2,000 less than what you’d spend on its main rival.

And yes, the RAV4 is actually the CR-V’s main rival (or strongest competitor, if you will), since the latter finished 2019 as the second best-selling crossover in its segment, trailing only Toyota’s offering.

When it comes to the Forester, Honda will argue that the 2020 CR-V comes with more standard features, like dual-zone climate control, dual second-row USB ports, Remote Engine Start (again), but also a Blind Spot Information system. Again, this is all for $2,000 less.

As for the Nissan Rogue comparison, Honda says the CR-V offers a better city mpg rating, plus adaptive cruise control, for $3,000 less.