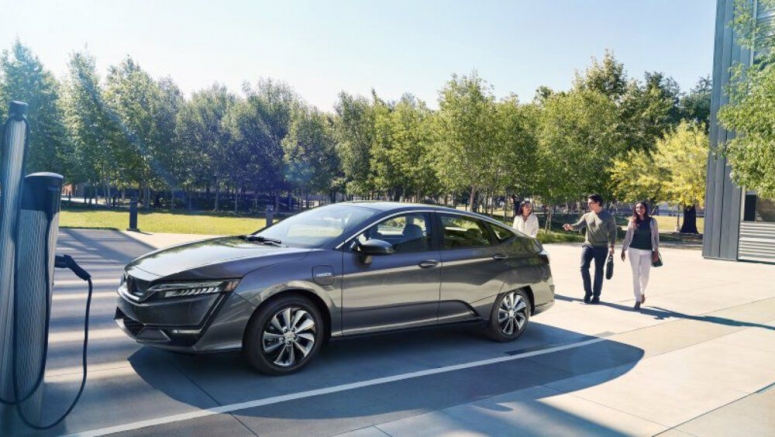 The electric vehicle segment just got a little bit smaller, though we doubt many buyers will notice. The Honda Clarity Electric is being discontinued for the 2020 model, though its plug-in hybrid and hydrogen fuel cell siblings will survive.

Honda showed a surprising amount of foresight when it made the Clarity available with a choice of electric, plug-in hybrid or hydrogen power. While this not-inexpensive move allowed the company to cover all of the green-car bases, the Electric was let down by a 25.5-kilowatt-hour lithium-ion battery pack that delivered up to 89 miles of range. This figure put it ahead of the now-discontinued Smart ForTwo Electric Drive but behind most other electric cars on the market, typically by a massive degree. Furthermore, motorists happy with less than 90 miles of range had to live in California or in Oregon, the two states the car was offered in, and they could exclusively lease it; it was never sold directly to private buyers.

As somewhat of a trade-off, the Clarity inaugurated fast-charging technology that zapped the battery pack with an 80% charge in half an hour. Autoblog nonetheless concluded the Clarity Electric "doesn't make any sense."

Honda lumps every Clarity variant into one number when it reports its annual sales, so we don't know how many examples of the electric variant found a home in 2019. It sold 11,654 unit of the model last year, a 42.2% decline compared to 2018, and it's reasonable to assume the plug-in hybrid model represented the lion's share of the mix. It's still available, Honda told Autoblog, as is the hydrogen-powered version sold only in California.

The adorable-looking Honda E won't be available in the United States, so the Clarity Electric's demise leaves Honda without an electric car in its American range. It apparently won't stay EV-free for long, though.

"We're continuously evolving our product portfolio, and right now we're placing more of our focus on the next generation of electrified products that are coming down the pipeline. We will be introducing new, highly appealing all-electric vehicles for the U.S. market in the years ahead," Honda PR manager Davis Adams told Autoblog.

Motorists currently leasing a Clarity Electric can request an extension. Honda will keep off-lease cars because they're a deep mine of valuable information about powertrain components like the battery pack and the motor. Data extracted from the Clarity Electric's high-voltage entrails, like how often motorists stop for a charge and how long they keep it plugged in for, will help engineers fine-tune the company's next-generation electric technology.