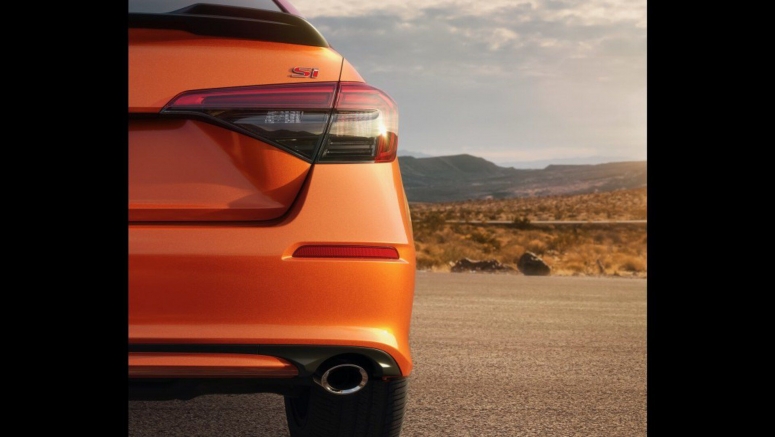 Honda is gradually expanding the 11th-generation Civic line-up. After unveiling the sedan and hatchback variants of the perennially popular model, it announced plans to introduce the enthusiast-friendly Si on October 19, 2021, and it released a photo to give us a taste of it.

Posted on social media, the preview suggests that the Si will stand out from other members of the Civic clan with a look of its own. We spot rear lights that are darker than the standard sedan's, a reasonably large rear wing and, of course, a red "Si" emblem on the trunk lid. The image shows the sedan, and that's all we're getting; Honda no longer sells a Civic Coupe and the hatchback won't receive the Si treatment.

Honda has previously confirmed that the Si will again be available with a manual transmission. Front-wheel drive will come standard, like it always has, but technical specifications haven't been released yet. For context, the last-generation Si that retired after the 2020 model year was powered by a 1.5-liter four-cylinder engine turbocharged to develop 205 horsepower and 192 pound-feet of torque. Our crystal ball tells us there's a strong chance this engine will return in the 2022 model with several revisions and more power, but nothing is official yet.

Full details about the next-generation Honda Civic Si will be released on October 19, and the sedan will join the rest of the Civic range in showrooms across the United States for the 2022 model year. Pricing information has not been released yet, but its predecessors have all been relatively affordable, and nothing suggests the new model will break this tradition. Looking ahead, it's a good time to be a fan of Honda's fast cars: the range-topping Type R will return for the 2023 model year with a muscular-looking exterior design and a turbocharged four-cylinder rated at over 300 horsepower, while the folks at Acura are unexpectedly putting the final touches on the born-again Integra.