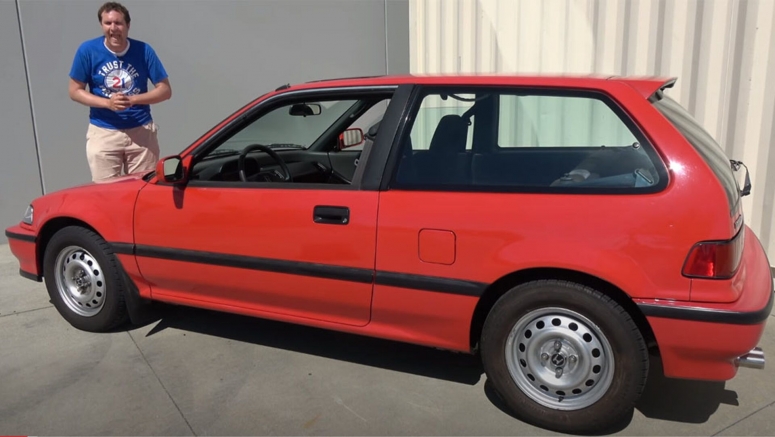 While the hot hatches from Honda that most people are familiar bear the Type R moniker, there was a time when the flagship performance Civic was dubbed the ‘Si'.

As Doug DeMuro says in his most recent review, Honda’s first hot hatchback came in the form of the third-generation Civic Si in the mid-1980s. A few years after its arrival, Honda launched the fourth-generation Civic and with it came a new Si – and it is this model that is the subject of the following review.

Inside, the little Honda is incredibly simple. There are no superfluous accessories or overly complex design lines – only what you need, including a classic radio and cassette player.

So, what is it like to drive then? As DeMuro points out, the Civic Si lacks power steering but that’s not really an issue because it weighs so little. It also doesn’t feel particularly fast – but then again, it only has 108 hp, so that’s hardly a surprise. However, the four-cylinder does have quite a nice tone to it and the maneuverability makes it very fun to drive.