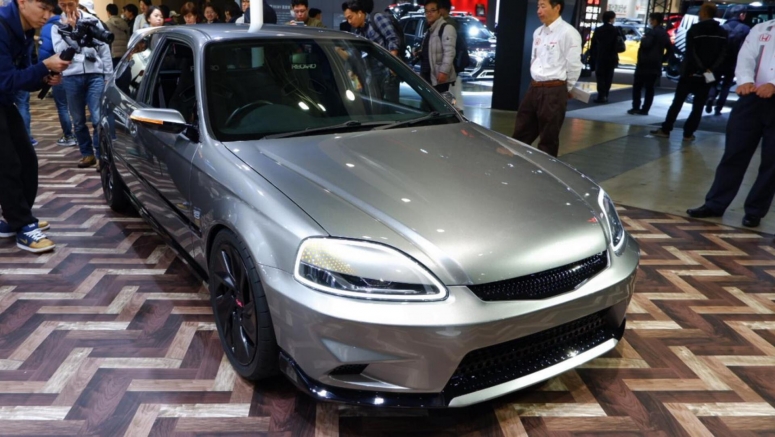 Based on the first-generation Civic Type R (GF-EK9) from 1999, the custom project is, according to the automaker, a modern reinterpretation of the original based on the preferences of young people in Japan.

Related: Honda S660 Gets Subtle But Effective Styling Updates for 2020MY at Tokyo Auto Salon

Exterior modifications consist of an aggressive front bumper with a splitter, side skirts, black aero-style wheels borrowed from the Insight hybrid, rear diffuser and a generous roof spoiler.

Other exterior styling tweaks include the updated LED headlights with body-color 'eyelids,’ new LED taillamps traversed by a chunky gloss black element with illuminated 'Civic’ lettering in the middle, a perforated insert in the rear bumper that echoes the lower front grille, and a muffler pointing sideways.

A closer look also reveals that the tip of the hood extends a bit into the upper grille, but cooling should not be an issue given the much larger lower grille. Inside, the Honda Civic Cyber Night Japan Cruiser 2020 features retrimmed Recaro seats and the instrument panel from the S660 roadster.

Created by a 25-year-old Honda Access designer under the theme "Connecting Generations," the show car is officially described as having "a modern presence that shines in Neo Japan where the near future and underground are mixed up." No performance upgrades are mentioned.

Unlike the S2000 20th Anniversary Prototype, there no official information regarding the production of parts inspired by this custom Civic Type R concept.