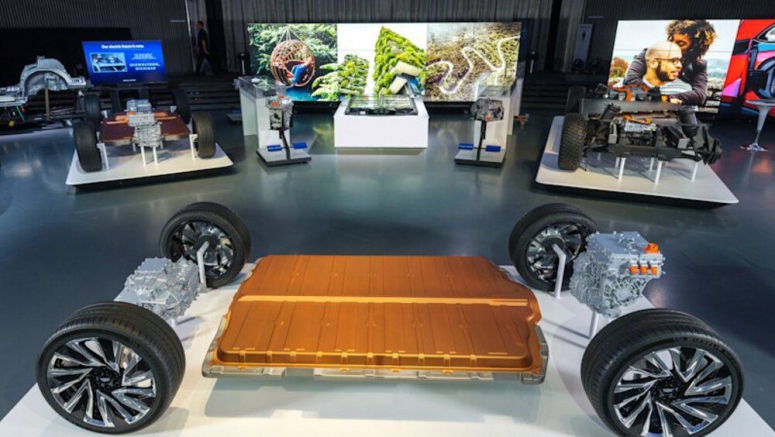 Honda's electric car range has been pretty paltry in the United States so far. Its only full electric is the short-range Honda Clarity EV, which is on its way out, and the adorable Honda E doesn't look like it's coming here anytime soon (no matter how much we want it to). But the company is planning on changing that. In a joint press release, it announced with General Motors that it has two new EVs coming that will be based on GM's electric car technology.

The two cars will use the new global EV platform from General Motors and the company's new Ultium batteries. The platform will be used in a wide array of GM vehicles from Chevy to Cadillac. The Ultium batteries are unique pouch-style batteries that allow for lots of packaging flexibility, rapid charging, and will be offered in packs from 50 to 200 kWh. All of this technology will underpin the new Hondas. In fact, these new Hondas will even have OnStar and the hands-free SuperCruise advanced driver assist system. They'll be built in GM factories in North America, too.

The companies pointed out that while GM is providing the mechanical bits, Honda will be in control of everything else. So the exterior, interior and final tuning of the driving characteristics will be done by the Japanese company. Both of these Hondas will be revealed in a couple of years, with an on-sale date in time for the 2024 model year.

While this may seem like a strange partnership, considering GM and Honda are direct competitors in the car market, and even on the racetrack in IndyCar, the two companies have collaborated before. They started working on hydrogen fuel cell development jointly a couple of years ago, and the companies noted they both have contributed to development of the Cruise autonomous vehicle prototypes. Honda has also had some unusual collaborations in the past such as with Isuzu to rebadge its Rodeo as the Passport, and the Trooper as the Acura SLX. It even worked with British car company Rover, sharing parts from Acura to create the luxury Sterling sedans, and selling Land Rover Defenders in other countries as a Honda.