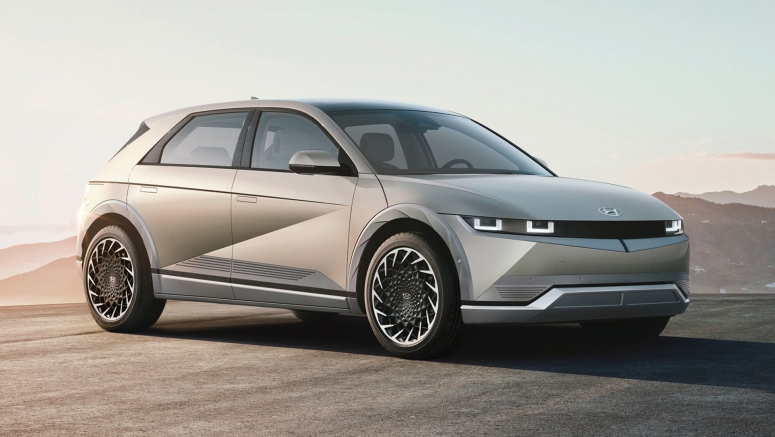 There has been a gigantic gap, in both size and price, between electric cars in this country. Choices like the Chevy Bolt EV and Hyundai Kona Electric are reasonably affordable, but they're small and their interior sparse for the money. Above them — way above them – are high-priced luxury choices like the Tesla Model S and X, Audi E-Tron, Jaguar I-Pace and Porsche Taycan.

It's really no surprise that the Tesla Model 3 has taken the country by storm. It fit into this electric gap. Well, at least in terms of price. Though wildly successful, the Model 3 is still a sedan and Americans want something that looks like an SUV. There is indeed the Tesla Model Y, but at present, it starts around $50,000 and therefore beyond the aforementioned gap. That hasn't always been the case, but for now ...

Enter the Ford Mustang Mach-E, followed by the Nissan Ariya, Volkswagen ID.4 and, as of today, the Hyundai Ioniq 5. Chevrolet even spruced up the Bolt in terms of size and interior ambiance, even if it doesn't quite line up with the others as you're about to see. Each of these represents a significantly different take on a reasonably affordable EV crossover, but apart from the Chevy, they're all roughly the same length and have roughly the same amount of power to start. There's also an awful lot we don't yet know about the Ioniq 5, Ariya and ID.4, which is why there are a lot of TBAs listed in the graph below. Still, this is all we know at present and figured it would help put this emerging class of "electric gap" fillers into perspective.

Say what you want about electric cars, but they seem to be bringing rear-wheel drive back into vogue. Something named "Mustang" sending its electrons rearward should be obvious, but a Volkswagen or Hyundai? That's pretty cool.

Also, the thing that stands out in this comparison is how the combinations of power, driven wheels and battery size are not consistent. For example, adding an additional motor to provide all-wheel drive results in a massive increase in horsepower and torque for the Ariya, an increase in torque but not horsepower for the Mach-E, and no change whatsoever for the Ioniq 5. Meanwhile, adding a larger battery massively increases output for the Ioniq 5, increases horsepower but not torque for the Mach-E, and does absolutely nothing for the Ariya. I don't know why this is, but it's fascinating and I'll be looking for answers. Stay tuned (or feel free to explain).

Chevrolet, Ford and Nissan report "usable" capacity for their batteries, as opposed to the "gross" total you see with Volkswagen. For myriad reasons, an electric car does not use its full charge and as such, certain car companies think its better to report the amount the car actually has at its disposal. Makes sense to us. Unfortunately, it does make comparisons like these a little tricky. Questions to Hyundai regarding whether the Ioniq 5's kWh numbers are usable or gross figures were not answered during an international press event.

The Ioniq 5's dimensions are peculiar. It has the length and width of the Ariya, a pretty SUV-ish thing, but it has the height of the low-slung Mustang Mach-E. This speaks to the new Ioniq sure looking like a hatchback despite "crossover" being thrown about. But that's not the weird bit: check out the wheelbase. As we pointed out in the Ioniq 5 reveal story, that wheelbase is longer than the Palisade's. It's about 9 inches longer than the Ariya and ID.4. Hyundai didn't release interior dimensions, but we expect there to be a stunning amount of back seat legroom available. That seems to come at the expense of cargo capacity, which is Kona-esque at 18.8 cubic-feet. However, that same back seat is said to slide, meaning there is actually more cargo room available.

The dimensions also reveal just how much smaller the Bolt EUV is. I thought of not including it here, but for reference, why not? I also started to include the Model Y, but it's considerably larger and more expensive, only available with all-wheel drive, battery capacities (be them usable or gross) are not listed on Tesla's consumer site, nor are horsepower and torque figures. Shrug emoji. Moving on.

Honestly, with all those TBAs, there's not much to mine here. Yet. That should change in the coming months. Each of these new EVs is intriguing, though, with the Mustang Mach-E having already proven to be excellent. The electric gap is finally being filled, and not just with bland, dorky econocars. The Ioniq 5 is a wild 1980s pastiche; the Ariya an avant garde Murano for the 2020s; the Mach-E channels the Mustang; the ID.4 is, well, at least it's more characterful than a Tiguan. Things are getting interesting.