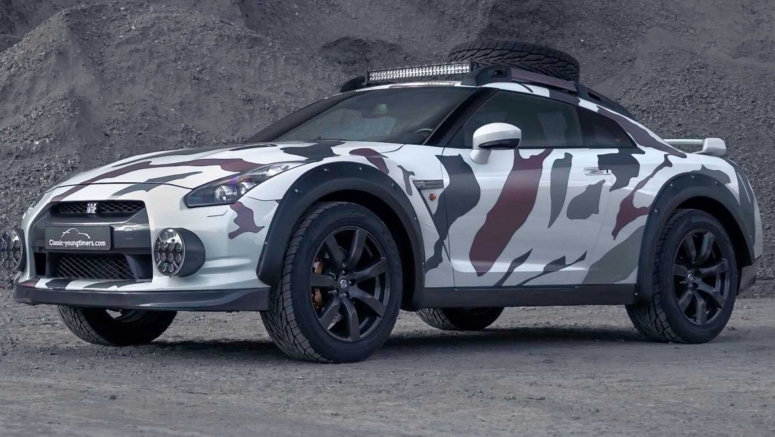 Nissan makes some pretty formidable off-roaders, namely the Patrol, Armada, and Navara. As it turns out, the GT-R can also be transformed into an off-road-focused animal.

This particular GT-R comes from Classic Youngtimers Consultancy and is known as 'Godzilla 2.0’. It benefits from a host of modifications aimed at making it all the more extreme and follows on from an off-road Lamborghini Gallardo which the same company made last year.

Read Also: Forget The Bentayga, This Is The Off-Road Bentley We Really Want

Kicking off the modifications made to the GT-R is a lift kit that jacks up the ride height by 4.72 inches (12 cm). Youngtimers then bolted on a set of black plastic fender flares, similar to what you’ll find on many current SUVs and pickup trucks. The standard GT-R wheels have been maintained but they are now wrapped in new rubber that is slightly better suited to driving off the beaten path than the track-focused tires of most GT-Rs.