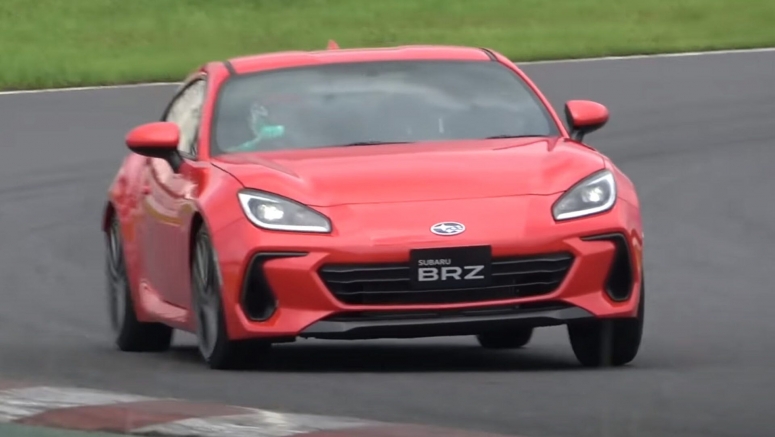 Sure, the new Subaru BRZ and Toyota GR 86 twins may not have the turbocharged powertrains many had hoped for, but make no mistake, they are still two very impressive sports cars that place a priority on driver involvement.

Both cars feature the same 2.4-liter naturally aspirated flat-four engine with up to 232 hp and 184 lb-ft (250 Nm) of torque in certain markets. Even though those figures may not seem like much when you consider that some hot hatches have over 300 hp, this video featuring Japanese drift master Keiichi Tsuchiya shows that both cars are right at home being driven to their limits on the track.

In this clip, Tsuchiya first jumps behind the wheel of a GR 86 equipped with the available six-speed automatic transmission. He manages to lap the circuit in 1:20.59 before he swaps to a GR 86 with the more enthusiast-oriented six-speed manual. With better control of the gears, he laps the track in 1:19.54.

It is then the turn of the 2022 Subaru BRZ, also tested in automatic and manual forms. The automatic BRZ sets a best time of 1:20.71 while the best time set in the manual version was a 1:20.10. While these times may suggest that the Toyota is slightly quicker than the Subaru, it’s impossible to draw such a conclusion based simply off this video as just a couple of tiny mistakes from Tsuchiya while driving the BRZ could account for the time difference.