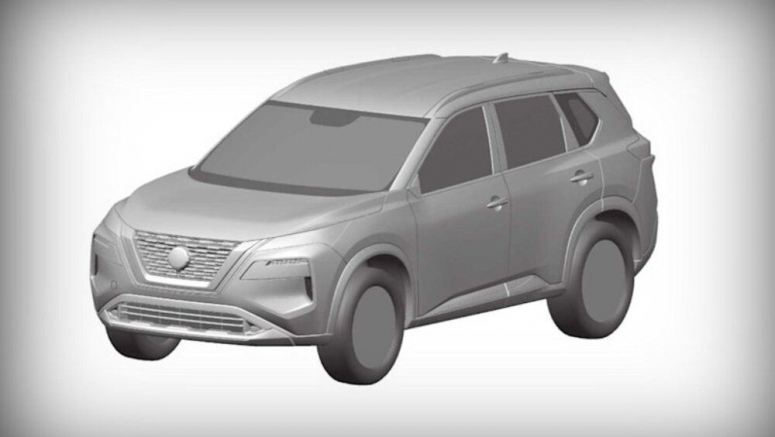 Nissan is planning to introduce the next-generation Rogue before the end of 2020, but the Brazilian government appears to have ruined its surprise. Patent images published online by the country's Ministry of Economy give us an excellent look at the company's next crossover several months before we're supposed to see it.

The images suggest stylists moved the Rogue -- which is known as the X-Trail in some global markets, including Brazil -- in a brawnier direction. Its front end looks taller and more upright, and it falls in line with Nissan's current design language by gaining thinner lights and thick u-shaped trim that underlines the grille. Out back, its hatch is more sculpted than the current model's and its lights are smaller. The basic proportions don't change.

Designers walked a thin line as they reinvented the Rogue for the 2020s. It's Nissan's best-selling model by a long shot (though the company lumps Rogue and Rogue Sport sales into a single figure), and it's one of the most popular cars in the United States. If that's not daunting enough, remember the aforementioned X-Trail available in dozens of countries is the same thing as the Rogue with the exception of trim levels and powertrains. It competes in an increasingly crowded segment, and it needs to meet the needs of millions of significantly different motorists.

It's no surprise, then, that technical specifications will vary from market to market. We hear a plug-in hybrid powertrain -- the nameplate's first -- that leverages technology developed by sister company Mitsubishi will be offered in some European countries, but there's no word yet on whether it will come to the United States. What's certain is that front-wheel drive will continue to come standard, and all-wheel drive will still be optional.

Nissan hasn't commented on the leaked patent images. We expect to see the next-generation Rogue make its full debut during the second half of 2020, but we're not sure if it will be presented online or at one of the few auto shows left on the calendar. Sales will begin for the 2021 model year. The next-generation Rogue Sport (sold as the Qashqai overseas) will be closely related to the Rogue under the sheet metal, and it's also due out before the end of the year.