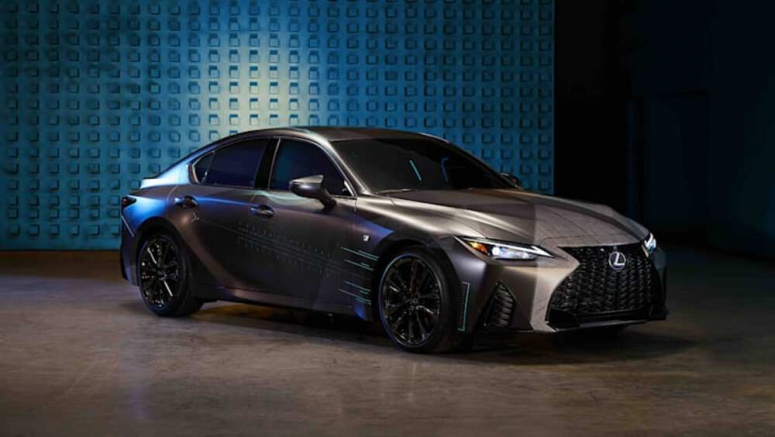 Lexus has revealed the 2021 "Gamers' IS," which was built in collaboration with the Twitch community as an "ultimate gaming space." Based on a 2021 IS 350 F Sport, the Gamers' IS looks every bit the part of a crowdsourced promotion, with every element chosen by community vote.

"The Twitch community dives headfirst into their passion of gaming, just as we did in designing the new 2021 Lexus IS as a pure expression of a sports sedan," said Vinay Shahani, vice president of marketing at Lexus. "We asked for their help designing their dream gaming space, and they answered in spades. Together, we created the ultimate fusion of design and performance in automotive and gaming."

AHHH I am so excited to reveal the new @Lexus Gamers’ IS that we designed together last month! Lexus took their sport sedan to the next level and built our dream gamers’ IS. Join the stream - I’ll be giving you guys a detailed tour of the car :D https://t.co/0e3xBSXNSH #ad pic.twitter.com/I1LPVPtfoZ

The interior design is based around a theme called "Neon Tokyo," which, yep, that's what that looks like. An acrylic layer was added to the cabin ceiling with resin rain drops formed into it. Backlit with RGB LEDs, the ceiling is meant to give the feel of driving through downtown Toyko at night during a light rain shower. Neat. The passenger seat is where the gaming ostensibly happens, and elements here such as the type of monitor, controller bling and even the drinks in the center console (aka "gaming fuel") were chosen by the Twitch audience too.

We're talking about a showpiece here, as is plain from the detail work. This looks like the sort of thing Lexus would have set up at CES and later this year at E3 (the annual Electronic Entertainment Expo), but it may have made the auto show circuit as well. It's not really much of a car, nor would it make a very good gaming space, but hey, it's colorful.