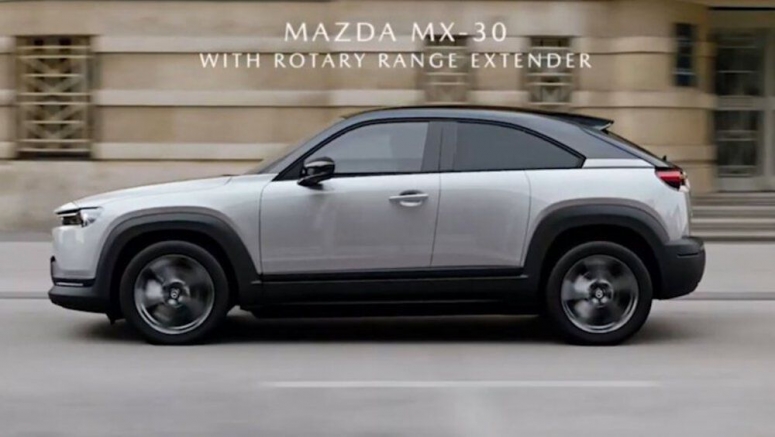 Mazda recently penned a paean to itself celebrating 100 years in business. This, naturally, meant the document also served as a love letter to the rotary engine, since, "The joy of driving, lightweight design and the rotary engine [are] three elements that define Mazda's DNA." One of those elements has been AWOL for eight years, since the end of RX-8 production. After years of rumor feverish enough to impress Slenderman, two years ago Mazda announced it was prepping a rotary range-extender engine for a model to debut in 2020. Here we are in the anticipated year, and we still don't know anything else about that vehicle — or perhaps we do.

When Mazda debuted the MX-30 battery-electric crossover in Tokyo last year, it bore an e-SkyActive powertrain with a 35.5-kWh battery sending current to an e-motor on the front axle producing 141 horsepower and 195 pound-feet of torque. With a range of around 130 miles on the European cycle, even though the crossover was meant for markets like Europe and Japan, almost everyone chimed, "This would be perfect for that range-extender engine."

The automaker has hinted at that very thing for its centenary celebration. In a paragraph touching on alt-fuel RX-7 variants, the Mazda press department wrote, "Later, the company developed a prototype Mazda2 EV with a small single-rotor engine used as a range extender. A similar system could find its way onto the Mazda MX-30, a brand new battery electric crossover SUV arriving at dealerships this year." The word "could" didn't make the leap from the printed page into the video translation of the presser, a Mazda video on "The Dream Engine" ending with footage of the MX-30 rolling under the caption, "Mazda MX-30 with rotary range extender."

When asked, Mazda's head of R&D in Europe explained the battery size and resultant range with wheel-to-well considerations that factored energy input and emissions output from making the battery to exchanging the battery after 100,000 miles of driving. Since the carmaker doesn't deem the pure-electric MX-30 suited to the U.S., the question bubbling beneath the latest news is whether this revised model with more range could make it here. Given a suitably sized fuel tank that could power the little people mover beyond 150 miles on U.S. roads, and a fair price, we suspect there'd be a great deal of interest.