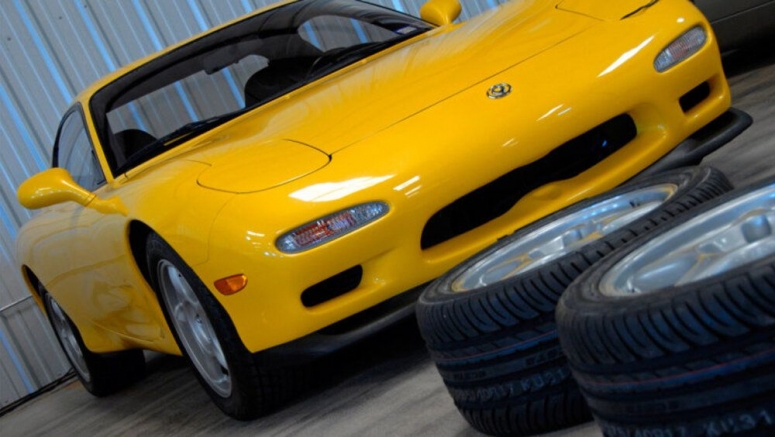 Mazda has added two more cars to its heritage parts program. Joining the first-generation MX-5 Miata will be the second- and third-generation Mazda RX-7. It's something fans of Mazda's rotary sports car have demanded for years, and now Mazda is making good with its loyal fans.

According to Japanese Nostalgic Car, the program was kicked off today in Japan with a list of 91 parts, 30 for the second-gen "FC3S" chassis and 61 for the third-gen "FD3S". The list is in Japanese and includes basic bits like bolts and washers, as well as vacuum hoses, seals, and bushings. Such rubber parts are typically the first to deteriorate with age and can be difficult to find in the aftermarket. There's even a throttle position sensor for the FD3S.

Mazda says more parts will be added as time goes on. The MX-5 has a catalog of 1,100 parts, so there's room for the RX-7 program to grow. There's no word on whether the program will be expanded to full restoration, as Mazda does with the MX-5 or like the program Nissan announced last week for the Skyline GT-R. Mazda also offers the Miata parts in the United States, but it's unknown whether the remanufactured RX-7 parts will cross the Pacific.

However, Japanese Nostalgic Car notes that there are 24,000 RX-7s registered in Japan. Sales of the premium sports car were a fraction of that of the Miata, so it would make financial sense to send some parts our way.

The Mazda RX-7 was a flagship of the Mazda brand for decades before its discontinuation in 1995 (2002 in Japan). Though known for its commitment to lightness and stellar handling, it's centerpiece technology was Mazda's rotary engine, making it a unique entry in the sports car world. It also has a rich motorsports provenance, having won over 100 IMSA races.

The FC3S was sold in the United States from 1986-92 and a favorite of early tuners and drift racers, which means many were destroyed, making good examples quite rare now. The 1993-95 FD3S, famed for its sequential turbo and stunning design, has been appreciating as a collectible classic in recent years. Looks like they might be a bit easier to restore now.