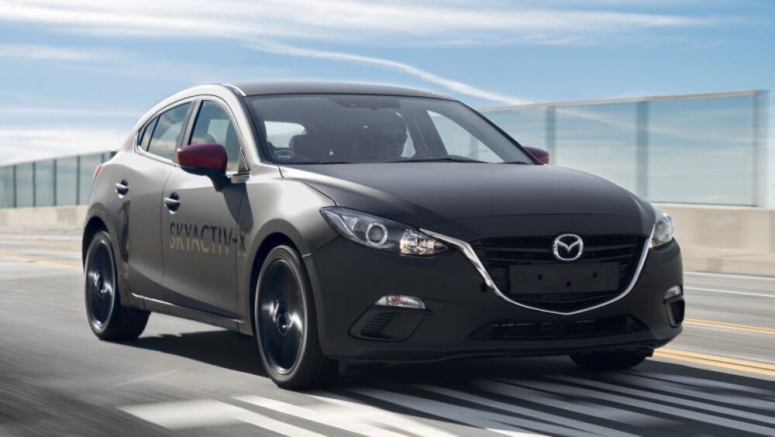 We've been watching Mazda roll out the 2.0-liter four-cylinder Skyactiv-X engine in Japan and Europe, waiting our turn. When European authorities released fuel economy information for the high-tech motor last June, we wrote, "Mazda has yet to make an official decision on timing for the U.S market's launch of the engine." Automotive News spoke to Mazda engineers in charge of the powertrain, and based on the answers AN got, the question might not be when we get the Skyactiv-X, but if. Seems that the automaker now isn't certain whether the cost/benefit analysis for the U.S. market favors the engine, and there's concern the 2.0-liter might not be powerful enough for us with its current output of 178 horsepower and 186 pound-feet of torque. At the moment, our Mazda3 is served only with a 2.5-liter Skyactiv-G engine producing 186 hp and 186 lb-ft., not too far ahead of the Skyactiv-X. The Skyactiv-X would return better fuel economy, but requires a noteworthy price premium over the Skyactiv-G. The Truth About Cars says the Skyactiv-X has become the top-seller in the Japanese-market Mazda3, even though it costs 27% more than the base, 2.0-liter Skyactiv-G for a 9% improvement in fuel economy. Mazda's not sure U.S. customers would care much for that kind of math. Engineer Yoshiaki Yamane told AN, "Maybe U.S. customers require more power, because fuel economy is not the top requirement." There isn't much Mazda can do about the tech-heavy engine's cost, since pricey equipment like the high-pressure fuel injection and combustion systems, supercharger, three-way catalyst, and 24-volt mild-hybrid system provide the mileage gains that are the engine's reason for being. Instead, engineers are researching the system's effects with larger displacements. If it works as desired, a larger and more powerful Skyactiv-X could come to the U.S. on the large-vehicle architecture Mazda's developing for new sedans to arrive in a couple of years. That's the hope, at least. Remember, Mazda's Skyactiv-D was meant to go into the 2014 Mazda6, but didn't because Mazda said it needed more time to find "the right balance between fuel economy and Mazda-appropriate driving performance." After five years of "Soon," the engine showed up on the 2019 CX-5 that starts at $42,045. Based on that template, it could be awhile before we know how the U.S.-market Skyactiv-X story ends.