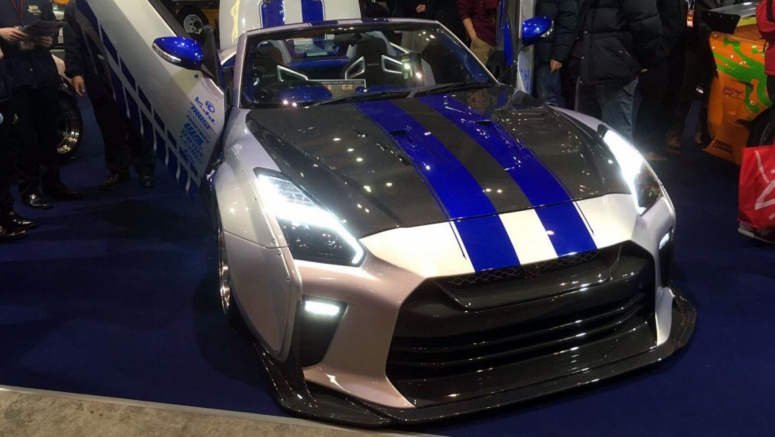 The students over at NATS took the proverbial wraps off their R35 Roadster or ‘Road Star’ to be precise, at this week’s 2020 Tokyo Auto Salon. Check it out in detail in both the galleries and a walkaround video below. [Updated 1/11/2020]

The Tokyo Auto Salon is shaping up to be particularly memorable thanks in part to a series of impressive projects from an array of official automakers, tuners and even students like those from Japan’s Nihon Automotive College (NATS). Recently, a four-door Toyota 86 Sedan was previewed by students from the college and now we have what may look to be, but really isn’t, a Nissan GT-R Convertible.

Viewed from the front, the car looks much like any other modified GT-R with a bespoke bumper and tweaked grille. Glance beyond the front-end, however, and you may notice something rather odd. The car doesn’t appear wide enough to be a GT-R.

That’s because it isn’t a GT-R but a Nissan 350Z, sold as the Fairlady Z over in Japan. While chopping the roof of a real GT-R would certainly be possible, it would be much more expensive and time-consuming than simply starting with a 350Z Roadster and affixing GT-R body panels to it.

Not too long ago, students from the Nihon Automotive College brought the drop-dead gorgeous RX-Vision to life using the underpinnings of an RX-8. Other projects shown in Tokyo include a Toyota A90 Supra Roadster that uses the platform of a Lexus LC400.