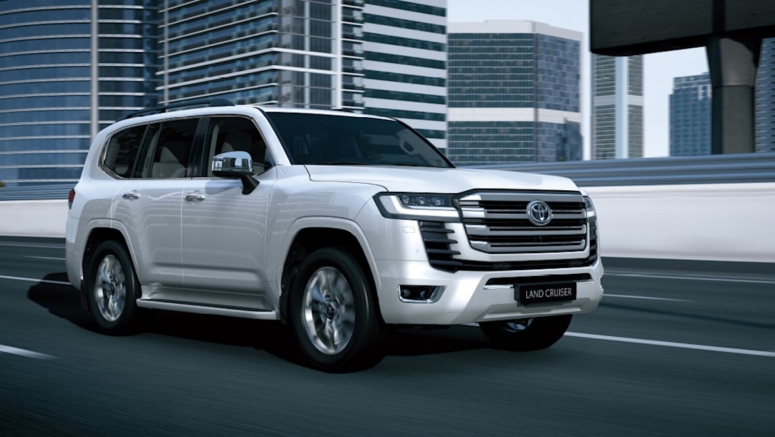 Here it is, folks. After a long and globally successful 14-year run, the LC200-series Toyota Land Cruiser is finally being replaced with an all-new model. The LC300 Land Cruiser may be a clear evolution of past models, with blocky styling and off-road specifications designed to reliably cope with the harshest conditions and climates the world has to offer, but it's clearly been modernized to meet ever-changing market realities and regulations.

Before we go any further, we should be clear that there currently don't seem to be any plans to bring this latest Land Cruiser to the United States. American buyers have proven much more willing to spend big money on luxurious and rugged SUVs wearing the Lexus badge, and rumors suggest the U.S. will get a fresh new LX model but not the Toyota on which it is based. We hope to get confirmation and more details from Lexus at some point in the not-too-distant future.

Buyers in places like Australia, the Middle East, Africa and South America have come to count on the Land Cruiser to offer reliable performance and strong durability. We’ll be interested to see the reaction to the deletion of a tried-and-true V8 engine in favor of a pair of new twin-turbocharged V6 options. A 3.5-liter gasoline-fueled V6 offers 415 horsepower and 480 pound-feet of torque. A 3.3-liter diesel V6 spins out 309 horses and 516 lb-ft. Both engines are mated up with 10-speed automatic transmissions, and, of course, four-wheel drive is standard. Toyota promises reduced fuel consumption and emissions, but no specific numbers are yet available.

Naturally, the Land Cruiser’s chassis and suspension setup are equally as important as its powertrain. A new TNGA-F platform is based on Toyota’s well-traveled unitized platform but with a strong "frame structure" welded together for toughness. Weight has been reduced by around 440 pounds, wheel articulation has been increased and Toyota’s Kinetic Dynamic Suspension System adds a new Electronic designation that the automaker says results in improved road-holding performance. The geometry of the rear shock absorbers was altered to be more upright, improving their performance.

A Multi-Terrain Monitor offers the driver a view of obstacles ahead while the Multi Terrain Select system adjusts automatically for road surfaces and driving modes. The interior looks suitably luxurious, with three rows of seats providing up to seven leather-lined perches. A large LCD screen is perched atop a burly center console festooned with buttons, switches and dials for the drive modes, climate and audio controls and other accessories. A traditional pair of round gauges sit in front of the driver with another digital screen nestled in between.

Three trims levels were announced at launch; the ZX appears to be the base model, a VX-R will be offered solely in Middle East markets and a GR Sport edition will offer sporty blacked-out looks. Toyota says the new Land Cruiser will hit various non-U.S. markets later this year for an as-yet unspecified price.