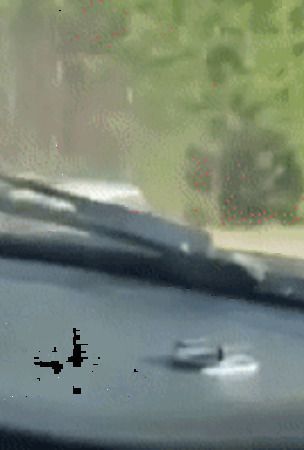 Drifting is certainly enjoyable, but it should only be done in controlled areas; public roads are not the place to do it as many things can go wrong. Case at hand, this Nissan driver.

We recently found this video on Reddit and while it’s unclear exactly where it was filmed, it shows just how quickly things can get messy should you make a mistake while trying to drift.

Watch Also: The Stig Should Be The Ideal Driver To Take The 2020 Toyota Supra For A Drift

As the driver of the Nissan, which appears to be 240SX from the late 1990s, approaches a right-hand bend, they head to the left and kick the tail out. However, moments later, they run out of space and the car hits the grass on the side of the road.

Despite the left wheels being the grass and one of the front wheels lifting off the ground, the driver continues to hold the drift, rather than letting off the throttle and trying to recover the car. Before long, they lose control and slide down a small embankment into a row of trees.

The video cuts off just as the 240SX approaches the trees. Regardless of whether or not the car needed some costly repairs after the incident, the driver, who we hope escaped with no injuries, has no doubt learned a lesson to not go drifting on public roads.

He tried his hardest to save that from r/IdiotsInCars