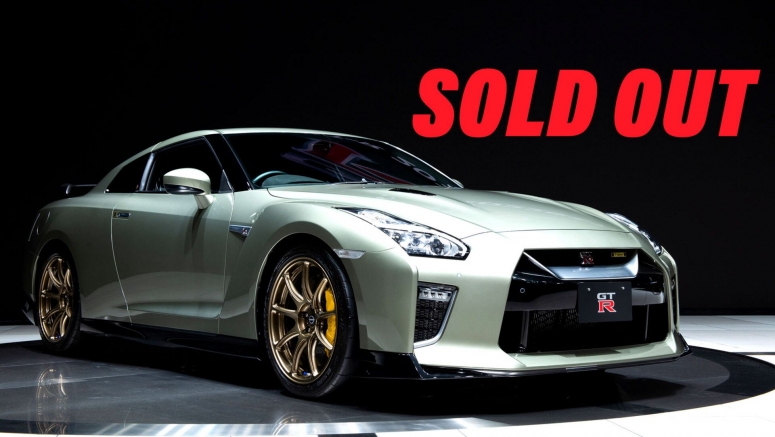 Nissan has officially closed the order books on the 2022 GT-R in Japan.

For the 2022 model year, the GT-R was launched in its home market exclusively in T-spec and Nismo variants, which were also briefly available in Australia before Nissan dropped it from its lineup over there. In the U.S. meanwhile, the GT-R Premium and GT-R Nismo remained as 2021 models.

Nissan’s Japanese website for the 2022 GT-R was just updated today to communicate that sales have ended "because the number of orders has reached the planned sales volume."

Japan isn’t the only market where sales of the 2022 GT-R have recently concluded. In March, the GT-R was axed in Europe after 13 years due to noise regulations. Nissan has also stopped selling the GT-R in Australia.

CarScoops reached out to a Nissan representative regarding the possibility of a 2023 model being introduced in Japan and whether or not 2022 or 2023 models are bound for the United States.

"The 2022 GT-R was only released in Japan and was only designated with the GT-R T-spec and NISMO Special Edition models while the U.S. kept its NISMO Special Edition and T-spec models as 2021s," the spokesperson replied. "Beyond those models we can’t comment further on future product plans or announcements."

Evidently, Nissan is remaining coy on what the future holds for the R35-generation GT-R and if this is indeed the end of its lifecycle or if it will continue to survive through another model year.

The new 2022 Nissan GT-R variants offered in Japan consisted of the Premium Edition T-spec and GT-R Track Edition Engineered by Nismo T-spec models, as well as a tweaked Nismo variant. Just 100 examples of the T-spec were produced and buyers were selected through a ballet. The T-spec features a number of upgrades, including new carbon ceramic brakes, a carbon fiber rear spoiler, unique badging, and could be ordered in Midnight Purple and Millennium Jade, two of the most famous and desirable color options of previous-generation GT-Rs.