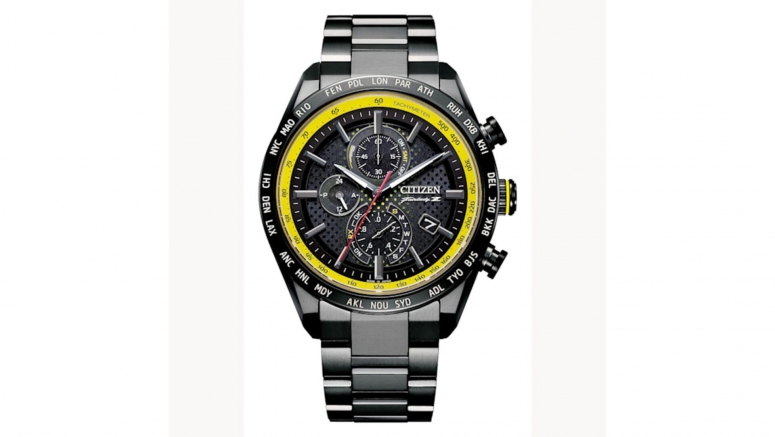 The Nissan Z is among the most anticipated cars of the year, and it's not every day (in fact, 12 years) that a new one launches. So it's only natural that there would be some extra fanfare that comes with the car. In the case of watchmaker Citizen, that comes in the form of a limited edition timepiece inspired by the new Z.

The watch comes in two colors, Ikazuchi Yellow and Seiran Blue. The former was the launch color of the Z Proto concept, and its face has a gradient dot pattern, also in Ikazuchi, which means thunderbolt, that matches the Z's seat design. The Seiran one, inspired by the deep blue color Nissan has been showing the production car in, has a matte finish face designed to evoke the "smooth new asphalt on a highway."

The crown features the new Z's logo, which also happens to be a throwback to the original 1969 Z logo, and is finished in the watch's corresponding color. The back of the case features the modern Nissan logo that debuted in 2020. Both come with a red second hand that is said to mimic the tachometer needle, though in the actual car the needle is a digital animation and doesn't actually reach to the center point of the tach.

The watch uses Citizen's Eco-Drive atomic timekeeping technology, which self-adjusts to the local timezone and calendar based on signals from an atomic clock.  Its accuracy is said to have a margin of error of only 1 second over 100,000 years.