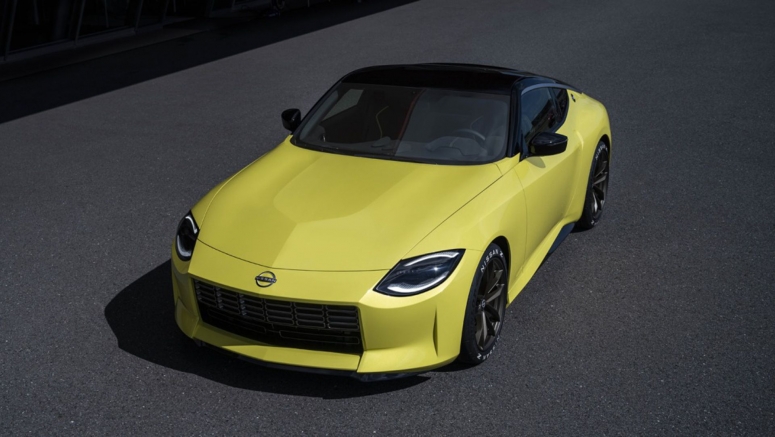 According to reports out of Japan, a NISMO variant of the long-awaited Nissan Z will debut shortly after the standard issue version. In addition, it could spawn a race-only variant to go up against the Toyota Supra GT4.

Details are sparse but according to Best Car, the Z NISMO could put down even more power than the standard issue Z's 400 horses. The 3.0-liter twin-turbo V6, sourced from the Infiniti Q50 and Q60 Red Sport 400 (but mated here to a 6-speed manual transmission) hasn't seen any tweaks since its debut in 2016.

There should be some more performance that can be squeezed out of it, and it would follow the tradition of NISMO versions having a bit more power than the regular Z-cars. For example, the 370Z NISMO had 350 horsepower to the base car's 337.

The article also says the Z NISMO will come with 20-inch wheels as opposed to the standard 19-inchers. Perhaps its most interesting revelation is that Nissan will offer a track-only GT4 version to go head-to-head against Toyota. Offered as a body-in-white with no interior for race car builders, these non-street legal examples are built to comply with global GT4 class rules. For reference, the Supra GT4 costs about $205,000.

To support its race car image, Best Car also reports that the new Z will be the new face of Nissan in Japan's Super GT race series. Since 2008, the GT-R has been flying the Nissan battle flag against the Honda NSX, Lexus RC F, and Toyota Supra. Starting in 2022, the Z — or at least a composite body that looks like it — will take the reins.

The seventh-generation Nissan Z will have its global reveal in New York on August 17, but it was supposed to make its Japanese debut at the Tokyo Motor Show this fall. That event has been canceled due to the pandemic, but the report says Tokyo will still get first dibs on the Z NISMO. It's scheduled to debut at the 2022 Tokyo Auto Salon, while the regular Z will see a March on-sale date in Japan.