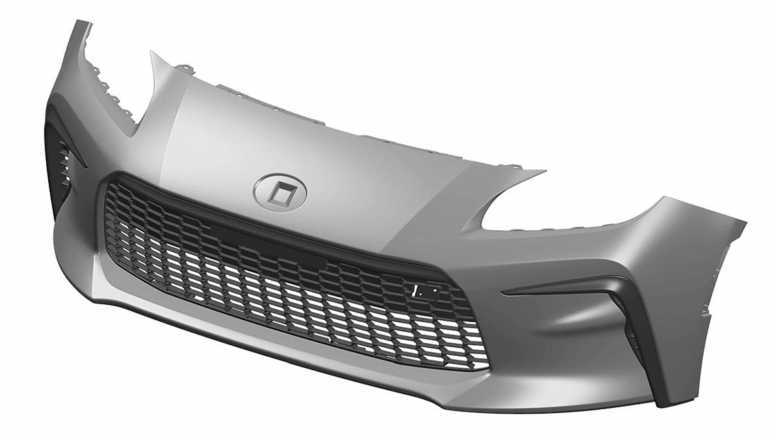 The patent filings were with IP Australia and they reveal the design of the front bumper’s design in full, from every angle. In typical Toyota fashion, it features a wide central grille with air intakes on either side, which serve as ducts to guide air past the front wheels.

The design is not too dissimilar to that of Toyota’s GR Yaris and the resemblance could mean that the next-gen Toyobaru will wear the GR badge as well. In fact, if we look closely at the top right corner of the grille, there appears to be a slot for such a badge to go into.

Interestingly enough, while this bumper only serves as a limited representation of its styling, this GR 86 seems to be more in line with other Toyotas than the BRZ is with other Subarus.

Read More: Is The Toyota 86 Worth Buying With The New Supra 2.0 Now On Sale?

That being said, if the relationship between the previous Toyota 86 / Subaru BRZ twins is indicative of anything, it’s that much of the new-generation sports cars’ styling and mechanicals will be practically identical, with the only major changes likely to be the front and rear bumpers, some details and trim in the interior and perhaps the suspension setup.

The all-new Toyota 86’s unveiling is expected to take place within the next few months, ahead of a rumored arrival late in the second half of this year alongside its Subaru twin.