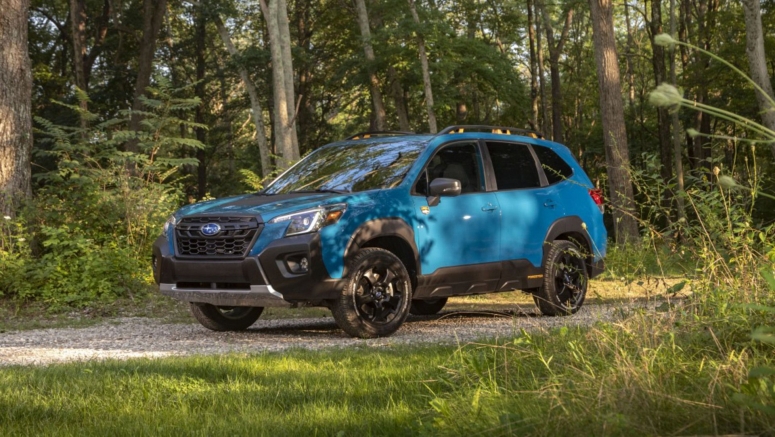 The fifth-generation Subaru Forester only recently hit the market, going on sale in late 2018 as a 2019-model-year crossover. It was just refreshed this year with revised looks, some new features, and a Wilderness trim. Japanese outlet Mag-X says (translated) Subaru is working on giving the sixth-gen Forester the kind of hybrid tech that some Forester fans have been waiting for, a proper plug-in hybrid powertrain with some of tech that sounds like it would be borrowed from the Toyota RAV4 Prime.

Subaru sells a Forester e-Boxer Hybrid in Japan and Europe, but reviewers haven't been impressed with the mild electrical assistance. The 2.0-liter flat-four and electric motor combine to produce just 164 horsepower and 193 pound-feet of torque in the UK, don't improve fuel economy as much as one would hope, and offer one mile of pure electric driving.

If the Mag-X rumor comes true, the next Forester could answer all of those criticisms with turbocharged, Atkinson-cycle four-cylinder and two electric motors. That's sounds to us like the Toyota unit used in the RAV4 Prime that, by itself, nearly shades the Forester e-Boxer powertrain by making 177 hp and 165 pound-feet. The Toyota crossover shifts through a CVT just like the Forester, easing integration into the updated Subaru Global Platform the next Forester is expected to rest on. The primary difference between the Toyota and the Subaru could be the all-wheel-drive system. The RAV4 Prime has e-motors on each axle and no mechanical connection between the axles. Subaru might choose to continue with the electromechanical clutches in its Symmetrical AWD system, being one of the company's unique selling propositions.

The new Forester wouldn't be a co-developed project like the BRZ and Solterra, but a Subaru body and platform with some bits nabbed from its automaker partner. It's not clear when the next-gen CUV will debut; the just-facelifted model probably has a few more years to run yet before bowing out.