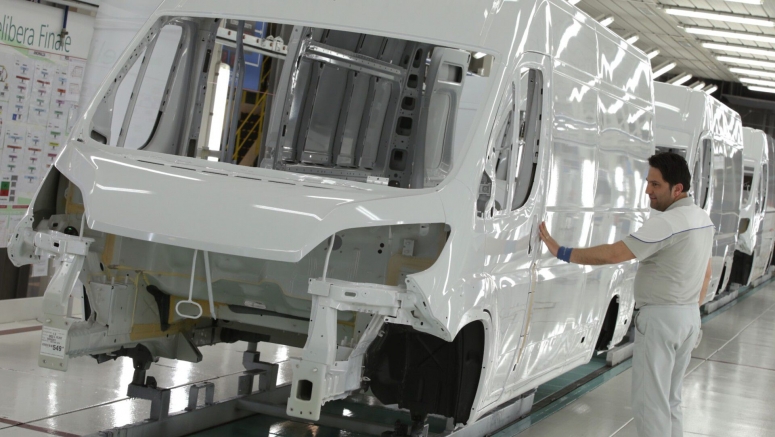 Stellantis and Toyota will jointly produce new large commercial vans for the European market, which will also be available in fully electric forms. This expands the current LCV partnership between the two brands, alongside the compact-sized and mid-sized vans that are already in production.

The new large van will arrive in mid-2024 and will be produced by Stellantis in the Gliwice (Poland), and Atessa (Italy) plants. Toyota will be allowed to sell it in Europe with its own badges, marking the first time the Japanese automaker will have an offering in this segment.

Reading between the lines, the unnamed Toyota will be a sibling to the Fiat Ducato, Citroën Jumper, Peugeot Boxer, Opel/Vauxhall Movano, and RAM ProMaster large vans. Despite being originally unveiled back in 2006, most of the aforementioned models are already offered in EV form and come in a variety of different wheelbase lengths and roof heights.

Judging from Toyota’s strategy with the ProAce City (compact van) and ProAce (mid-size van), the larger LCV will most likely share most of its body panels and interior with the Stellantis siblings, with a slightly redesigned grille and bumper incorporating Toyota’s own design language. Unlike the smaller vans which are also offered in more civilized MPV versions, the large van will likely remain an LCV.

Carlos Tavares, Stellantis CEO, said: “Operational excellence is by definition recognized in this expanded deal”, adding that the new agreement will strengthen Stellantis’ “leadership in the EU30 for LCVs and low emission vehicles”, in line with the Dare Forward 2030 goal of becoming a global leader in LCVs, in terms of “technology, manufacturing, market share and profitability”.

Matt Harrison, President and CEO at Toyota Motor Europe, added: “We are pleased that we can extend this successful partnership through the introduction of a new large-size commercial van. It represents an important addition and completes our light commercial line-up for Toyota’s European customers. The new LCV will represent a key contribution to Toyota’s growth targets for its overall LCV line-up, alongside the Hilux pick-up, Proace and Proace City, enabling Toyota to provide a mobility solution in all segments of the LCV market”.