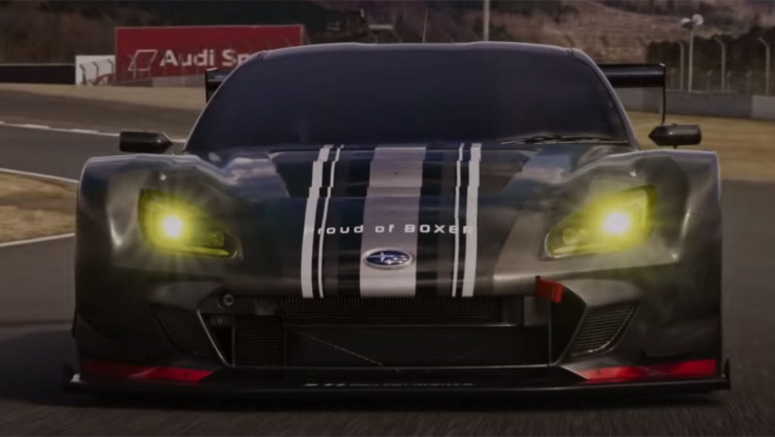 Specifications about the car are few and far between at this stage, meaning it is unclear what mechanical changes have been made over the previous-generation BRZ race car that Subaru used throughout 2020.

Last year’s car sported a turbocharged 2.0-liter four-cylinder pumping out 345 hp; the new road-going BRZ features a larger, naturally aspirated 2.4-liter four-cylinder, but at this point it’s unknown what engine the race car will use.

From a visual standpoint, there’s certainly no mistaking the race car from the road car. The front end includes a custom fascia with a newly-designed grille and splitter package, as well as the obligatory yellow-tinted headlights. Subaru’s striking aero package continues at the sides with flared arches and prominent side skirts. Among the key features at the rear are a towering wing and a diffuser.

In this video, the car, which will make its racing debut at the Okayama International Circuit in April, is shown driving around the Fuji Speedway.

As mentioned, the road-going 2021 BRZ has a naturally-aspirated 2.4-liter four-cylinder engine that is good for 228 hp and 184 lb-ft (249 Nm), respectable improvements over the first-generation car. This engine can be coupled to either a six-speed manual transmission or an optional six-speed automatic with a Sport mode. Underpinning the new car is a stiffer chassis with elements from the Subaru Global Platform.