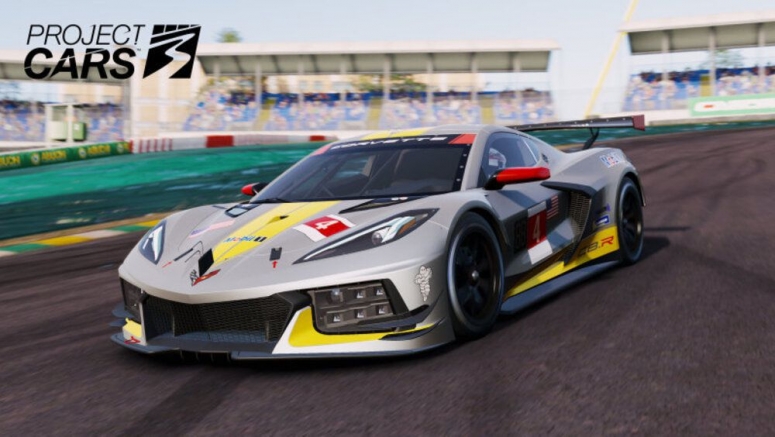 Autoblog may receive a share from purchases made via links on this page. Pricing and availability are subject to change.

The crossover between gearheads and gamers is growing every day. Professional race car drivers develop their chops digitally before ever stepping foot onto certain tracks thanks to racing simulators like iRacing. Entertainers like T-Pain are simultaneously diving into both automotive and gaming ventures. We even see the overlap firsthand on our very own livestreams, where car enthusiasts of all ages from around the world join us to talk about not only their favorite cars, but also their favorite racing and driving games. Because of all the hype, we wanted to create a place on Autoblog to talk about the gaming news of the week, and how it might relate to the automotive world (and for any parents out there, we'll try to help you make sense of some of the madness.) Enter: Autoblog's Gaming Roundup. Let's dive in.

Short answer: Yes! Although, if you're a longtime fan of the series, there are a few things you should know. The previous iterations of the game have fallen squarely into sim racer territory, but mercifully (for me) "Project Cars 3" falls more in the "simcade" category, and truthfully I'd probably just call it a straight-up arcade racer, with a few extra odds and ends. If you're a fan of our streams or have read any of my reviews before, you'll know that I absolutely hate sim racers (with one large exception that I'll mention later in this very post). Quite frankly, I'm just not good enough to enjoy racing sims. They take too much precision for my old, worn-down gamin' thumbs. In fact, during our 2 p.m. live stream last Thursday, our chat reminded me that I had actually attempted to play "Project Cars 2" on stream in the past and hated it so much that I rage-quit within half an hour. I have no memory of this. ... But it sure sounds like me, so I believe them.

The good news, though, is that everything I seemingly hated about "Project Cars 2," the sequel avoids. It was extremely easy to jump right in and start having fun. Maybe you can crank the difficulty up to make it more sim-y, but I definitely won't be doing that. The controls felt distinct, but good, a tough balance to pull off in an increasingly saturated genre, and the track design and general aesthetic of the game was extremely fun.

One thing you should be aware of is that on an Xbox One S, the graphics were not great. I wouldn't be shocked if this was more due to the Xbox hardware than the game; it may look amazing on PC, but if you're on a One S prepare yourself for a fuzzy-looking experience.

Overall though, I had a lot of fun with this, and we'll definitely be featuring it on our streams again. Check them out Tuesday and Thursday 2-4 p.m. EST! If you want to give the game a try for yourself, you can pick it up right here for the currently discounted price of $49.94.

Again, for me, the short answer is yes! If you remember, in my review of "WRC 8," I mention that it kind of got me addicted to rally games. It was my first, and holds a special place in my heart. This is the "exception" to my sim racer hatred that I mentioned above. While it is technically a sim, something about the "barely controlled" feel of rally games just clicks with me in a way traditional racers often don't.

As far as this iteration of the series goes, it's good! But to the layman/casual player, it's basically identical to "WRC 8," right down to the menus. I'm sure there are some fancy background things that the devs have done to improve this version, but for my money, they're pretty interchangeable. But that's not necessarily a bad thing, since they're both really fun! I could go into more detail, but my thoughts are pretty much the same for this one as they were for the last one. Ultimately, it's super solid. Rally racers are difficult, but addicting.

If you want to see it in action, again, check out our streams, or if you want to pick it up for yourself you can do that right here for just $49.99.

Yeah, this one blew my mind too. To the absolute DELIGHT of my inner 12-year-old, Nintendo finally announced all of the heavily rumored 35th Anniversary Mario stuff, and a ton of great classic games are coming to the Switch. In a surprise announcement, though, they also unveiled this totally wild augmented reality Mario Kart game. Just last week we talked about the future of Mario Kart, but, uh, this isn't really what we expected.

Mario Kart Live: Home Circuit is a unique concept of a game that uses RC cars and augmented reality to let you literally race karts around your house, but you watch it on the television, but they're actually driving around your actual house. It's very Nintendo in that it's really weird and pretty hard to describe, so you should probably just check out the trailer right here. It comes out in October, and you best believe we'll be getting our hands on one to try it out.

Here's a brief story about how Nvidia hates me. As mentioned in last week's roundup, I'm working on a gaming PC build. A very important part in a PC build is a graphics card. I went with this one. Up until a week ago, this was a very good mid- to high-end graphics card, and I paid a decent amount for it. This week, in a move that's very good for consumers but very annoying for me, Nvidia announced new graphics cards that are twice as fast as the brand new one I just bought, and $100 cheaper. So, that's great I guess. Ugh. Do yourself a favor and wait a few weeks to get this card if you're currently building a PC. It will absolutely be worth the wait.