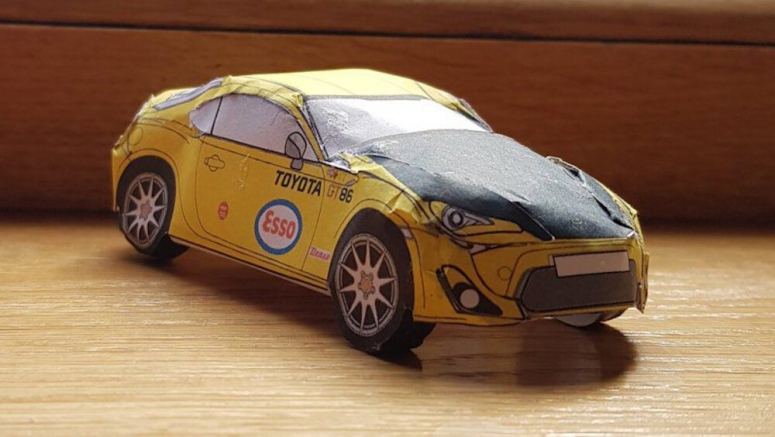 While the coronavirus pathogen and the COVID-19 illness dominates the news, auto manufacturers are give people fun distractions (that also keep the companies in those people's minds) by offering positive car-related activities. Audi has offered Zoom video conferencing backgrounds, Porsche recently released a documentary, and Aston Martin released downloadable images for coloring. This week, Toyota contributed to quarantine play time with templates for foldable Toyota 86 coupe models with retro liveries.

In total, Toyota released templates for six different-looking 86 models, but they're technically not new. These were originally created for Toyota's 50th anniversary in the United Kingdom and dropped around the time of the 2015 Goodwood Festival of Speed. Each livery is a nod to an important vehicle from Toyota's past, and Toyota actually created real cars with the same looks using vinyl wraps.

Each template features three divided pieces one for the main body with the hood and the boot, one for the roof, and the last for the opposite side of the body. Toyota notes to be careful not to clip any of the small white tabs, as those are the parts that will be glued and hold the car together.

Read about the history of the cars, then download each PDF template here: