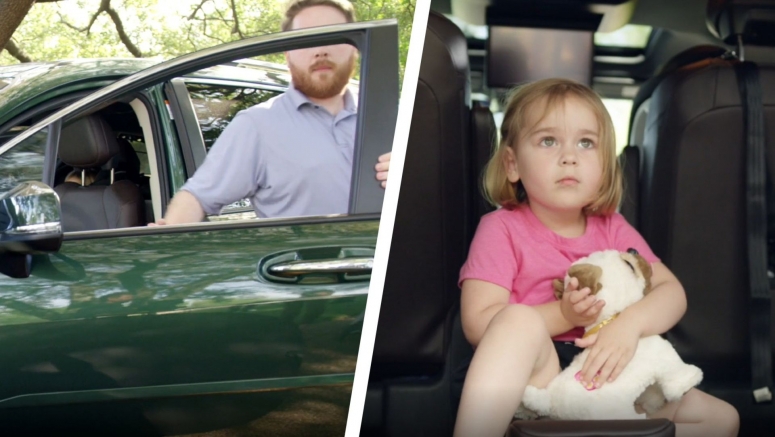 Toyota presented an interesting concept called Cabin Awareness, which makes sure no people or pets are left behind in the vehicle’s cabin by using a millimeter-wave radar to detect movement and smart connectivity tech to notify the owner. The patent-pending technology was exhibited in a Toyota Sienna minivan and could be used in future production models, helping prevent heatstroke deaths.

A single millimeter-wave, high-resolution 4D imaging radar sourced from Vayyar Imaging can detect people and certain pets inside the vehicle, even if they are sleeping or hiding under a blanket. The radar, which is mounted above the headliner, can sense micro-movements like the heartbeat and respiration in all three rows, the cargo area, and the footwell. Judging from the size, posture and position of the occupant, the system classifies them as adults, children, or pets.

Toyota says that the millimeter-wave radar is a better solution than other technologies such as weight sensors, cameras, or limited-range radars, which could result in false alerts or mis-detects. In this context, Simon Roberts, managing engineer at TCNA, said: “The key difference with this system is the improved resolution and accuracy, full-cabin detection and scope of functionality Cabin Awareness provides”.

A great thing about the Cabin Awareness concept is it is offering many different types of warnings and notifications. First, there is a warning signal on the instrument cluster, then the horn honks and emergency lights flash. If the driver exits the vehicle and doesn’t respond, the system will automatically send a notification to their smartphone through the Toyota app and/or text messages letting them know that someone is still in the backseat.

In case the driver doesn’t have the smartphone with them all the time, the Cabin Awareness can be programmed to notify emergency contacts such as other relatives or friends, or send alerts through smart home devices. If none of these work, there is the option of the emergency assistance system through Toyota Safety Connect, which will notify first responders. Toyota engineers are so determined to save lives that they are exploring additional alerts using vehicle-to-vehicle communication and smart infrastructure.

The Cabin Awareness concept was developed by software engineers and data scientists working at the Toyota Connected North America in Plano, Texas. The idea was born in 2019 during the 36-hour Toyota Connected Hackathlon, an innovation event with software designers and engineers, inspired by a microwave radar technology created by NASA’s Jet Propulsion Laboratory to support underground rescue after the Nepal earthquake in 2015.

The Cabin Awareness concept is currently being tested in real-world trials through Toyota’s partner May Mobility in the autonomous fleet of Toyota Sienna AutonoMaaS. Public testing will soon begin in Arlington, Texas, and Ann Arbor, Michigan, with more locations in late 2022.

Heatstroke deaths are a major issue in the US, with 23 children dying in 2021 after being left in vehicles. Depending on the circumstances, temperatures in the cabin can rise up to 125° F (51° C) in minutes even when the outside temperature is as low as 60° F (15° C), while children’s body temperatures rise three to five times faster than adults.