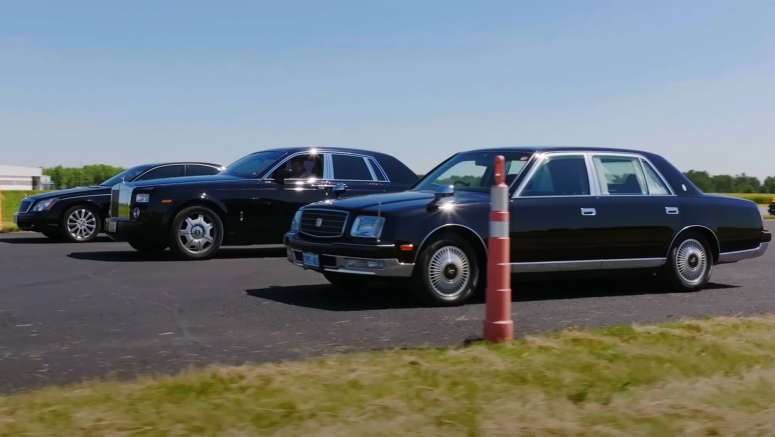 Ultra-luxury sedans aren’t necessarily known for their speed, but many of them typically have relatively powerful engines with large cylinder counts to make getting around town that much easier. To see just how powerful those engines can be, Throttle House decided to have a drag race between a Toyota Century, a Rolls-Royce Phantom, and a Maybach 57S.

All three cars are within five years of age from each other, all have V12 engines, and all send their power exclusively to the rear wheels. However, the Century costs less than a third of the Maybach and less than a fifth of the Rolls-Royce, so that’s something to consider along with the results of the races.

See Also: How Do Today’s Fastest Off-Road SUVs Compare To A Supercar From Nearly Two Decades Ago?

In the drag race, the Century surprisingly got the jump on the Maybach and the Rolls-Royce off the line, but that lead shortly came to an end. Seconds later, the Rolls-Royce clawed its way back, and the Maybach rocketed away, both making light work of the humble Toyota. In the end, it was the 57S in first, followed by the Phantom in second, then the Century in third. In the roll race, that same result was amplified, but the Rolls-Royce had to retire after breaking down. They tried repeating it to see if the Rolls would fix itself, but there was no such luck.