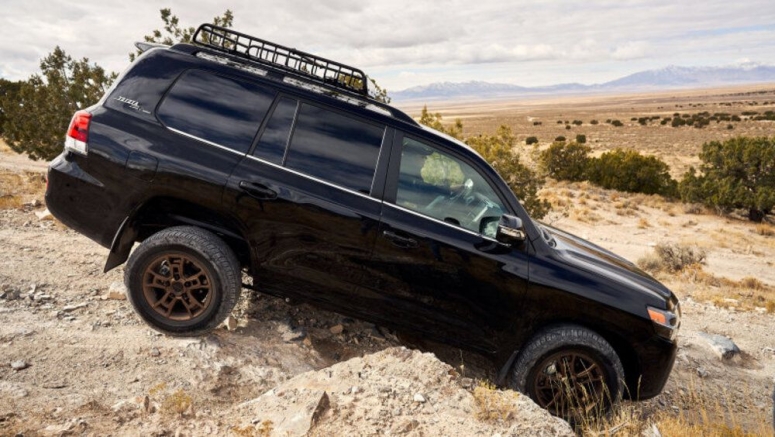 Toyota confirmed a rumor we first caught wind of earlier in 2020 by announcing that the current-generation Land Cruiser will retire after the 2021 model year. The next-generation model will be introduced in the coming months, but we're receiving mixed signals about whether the nameplate will return to the United States.

Launched in 2007 as a 2008 model, and updated twice since, the J200-generation Land Cruiser (pictured) is about to enter its 14th year on the market. It's a senior citizen by industry standards, so its demise isn't surprising, 2 million units that year.

"The Land Cruiser has been a legendary name for more than 60 years. While it will be discontinued in the United States after the 2021 model year, we remain committed to the large SUV segment and will continue to explore future products that celebrate the Land Cruiser's rich off-road history. We encourage loyal enthusiasts and intrepid adventurers to stay tuned for future developments," Toyota said in a statement sent to Road & Track.

Deciphering a carmaker's message often requires reading between the lines, and making sense of Toyota's blurb is no exception. It's important to point out that "future products that celebrate the Land Cruiser's rich off-road history" does not necessarily mean "a new Land Cruiser." While this is admittedly an extreme example, a more rugged-looking Corolla with a roof rack and retro-styled emblems could celebrate the Land Cruiser, too.

Luckily, it sounds like that's not what Toyota has in the pipeline. Dealers who asked to remain anonymous told Car & Driver that the next-generation Land Cruiser will again be sold in the United States, though whether it will arrive in time for the 2022 model year remains up in the air. We might not see it until a little later in the 2020s.

"It's gone for 2022, but I think it'll be back soon, and way more modern and luxurious," one source said.

It's a statement that gives us another piece of the Land Cruiser puzzle. As we previously reported, credible gossip claims the next-generation model will ditch the current truck's mighty V8 in favor of a turbocharged V6. It might even gain a hybrid variant thanks to components borrowed from the Lexus LS. Going green and upmarket won't be an excuse to go soft, and we hear that the Land Cruiser will continue to offer exceptional off-road capacity.

Celebrated globally for its ability to go anywhere, the Land Cruiser has been part of Toyota's American adventure since the beginning. The Japanese firm created its American division on October 31, 1957, and sales began the following year. It sold 288 cars in the United States in 1958, including a single Land Cruiser. The truck spent most of its life in California, where it plowed snow, and it's currently displayed in a museum in Salt Lake City.