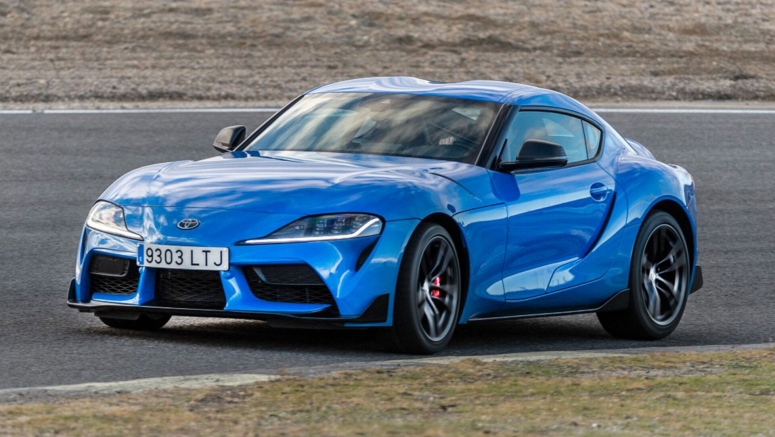 A new limited-edition variant of the Toyota GR Supra dubbed the Jarama Racetrack Edition has just been launched in Europe.

Toyota first previewed the GR Supra Jarama Racetrack Edition earlier this year and recently brought the car to the Jarama circuit near Madrid, Spain from which it gets its name. Just 90 examples are being produced for the European market and of these, just two have been allocated to Spain, one of which is owned by Toyota Spain itself.

Adorning this car is a special shade of Horizon Blue that is complemented with 19-inch matte black alloy wheels and red brake calipers. The custom touches continue in the cabin of the Japanese sports car where there is black Alcantara upholstery with blue contrast stitching and a production number plaque on the dashboard.

Watch Also: This Toyota Supra Drift Car Has An F1-Derived Judd V10 That Revs To 11,000 RPM

While only one example will be available to the Spanish public, it is a particularly special car, PeriodismoDelMotor reports. In fact, this GR Supra Jarama Racetrack Edition comes with a custom set of leather luggage, a 1/1 keyring, and a pair of blue leather driving gloves. A custom-made car cover will also be sold with the car.

No mechanical modifications have been made over a standard GR Supra. As such, it is powered by a 3.0-liter turbocharged straight-six with 335 hp and 369 lb-ft (500 Nm) of torque coupled to an eight-speed automatic transmission driving the rear wheels. Interestingly, this engine has not been tuned to deliver the same 382 hp and 368 lb-ft (499 Nm) that it now produces in most markets.