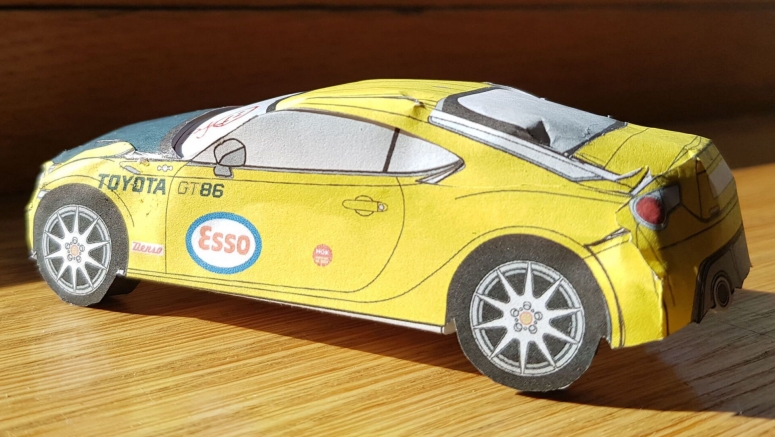 Inspired by the retro-liveried examples of the sports car made for the 2015 Goodwood Festival of Speed that commemorated the brand’s 50th anniversary in the UK, they include the entire batch of six vehicles.

The automaker recommends that you print the documents on A3 paper instead of the more common A4. This makes the process "a little less fiddly" and will give you a better end result to park on your desk.

Before proceeding to printing your favorite retro-liveried GT86, or all of them, you should make sure that you have a pair of scissors and some paper glue.

Subsequently, you will have to cut each of the three main sections that include the roof and two sides, as well as the four tire tracks, from the grey background. Pay extra care to the cutting part unless you have unlimited supply of A3/A4 paper and ink cartridges. After that, you will have to fold and glue the pieces of paper in a 3D shape that "should resemble a Toyota GT86", the company says.

The estimated build time of a GT86 is one hour, and Toyota encourages those who have decided to spend the time making the miniature models to share photos of the resulting models on the company’s official UK social media channels – and you can do the same in our Comments section.

Links to the official pdf documents down below.