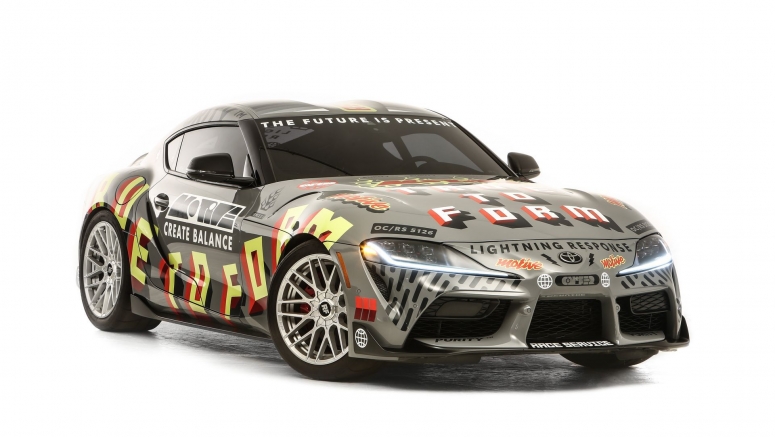 Toyota has been for years one of the biggest OEM supporters of SEMA, the aftermarket advocacy group and show organizer. The SEMA Show has been canceled this year (because 2020) but that doesn't mean the parade of wildly customized cars has ceased. Instead, it's moved to an online format called SEMA 360, giving companies a chance to show off the project cars they've spent all year building.

These days, a customized Toyota is much more likely to be a lifted truck than a slammed Celica or MR2. Capitalizing on the popularity of overlanding, or living out of a self-sustained off-roader, Toyota has created a supercharged Tacoma capable of 370 horsepower and 330 pound-feet of torque.

To bring this mobile basecamp to remote wildernesses, it features a Toyota E-locker differential, suspension lift, BFGoodrich Mud-Terrain tires, and aftermarket upper and lower control arms. A nose-to-tail aluminum skid plate, aluminum bumpers, and rock sliders keep the rig protected from mother nature. To avoid sticky situations, there's a 40-inch LED light bar and a winch should that not be enough. Finally, there's a foldable roof-top tent, a rack system to haul around any supplies you might need, and the obligatory snorkel.